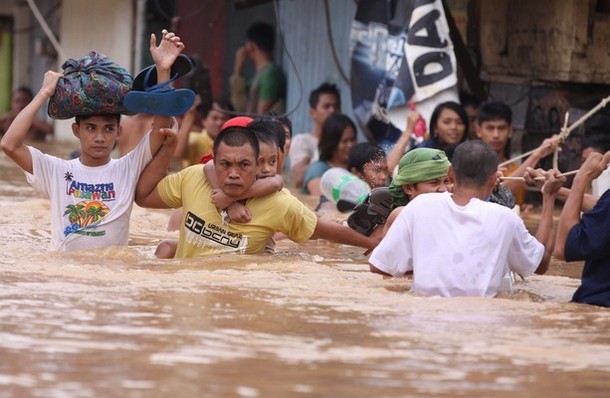 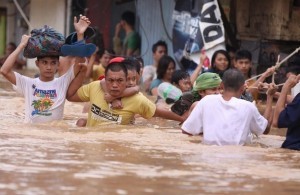 MANILA, Mar 3 (Mabuhay) – The government should stop the reclamation project of Manila Gold Coast Corporation which covers 144 hectares of coastline, fishermen from Southern Tagalog said at their fluvial protest action in Manila Bay.

The protesters rode in seven fishing boats from Bacoor Bay to the Senate, which sits on another reclaimed portion of Manila Bay, to express their strong opposition to this new reclamation project, which will displace 100,000 coastline residents.

Bagong Alyansang Makabayan-Southern Tagalog (Bayan-ST) together with fisher folk organization Pamalakaya, said the further reclamation of Manila Bay will not only be detrimental to fishermen, but also to residents of Manila who will suffer more severe floods.

“In all aspects, this reclamation project will not serve the best interest of our people. It is equally detrimental to the environment and especially those people who live along the coast,” said Bayan-ST spokesperson Andrianne Mark Ng.

“Around 100,000 residents are expected to be displaced when the reclamation pushes through,” Ng said.

Citing a paper by Dr. Kelvin S. Rodolfo, a geologist and Professor Emeritus at the University of Chicago in Illinois, Ng also pointed out that reclamation is a serious geo-hazard concern, especially in times of storm surges.

“This project will disrupt if not totally destroy the Marine ecosystem of Manila Bay,” Ng said.

Rodolfo helped the country understand the Pinatubo eruption in the early 1990s. He helped calculate the number of years that Central Luzon would experience floods and pyroclastic flows after the eruption.(MNS)