“I just don’t belong anywhere else.”

These were the exact words of Sharon Cuneta after she was welcomed back by ABS-CBN executives on Monday for her contract signing with the Kapamilya network.

Cuneta left ABS-CBN more than three years ago when she transferred to the No. 3 network TV5. Last year, however, she shocked the entertainment business when she decided to end her lucrative contract with TV5 and return to what she considers her “only home.”

According to Cuneta, she was like a “fish out of water” when she left ABS-CBN.

“I can’t say I regret [transferring to TV5] 100% percent because I made friends naman with the other station. Pero parang fish na out of water, tapos pagpasok ko dito, I’m breathing again normally.

I really feel na I really don’t belong anywhere else but here,” she said.

The veteran actress admitted it was very touching that the ABS-CBN bosses, with whom she had several secret meetings after decided to leave TV5, did not even ask a single question when she expressed her desire to come back.

“We never naman lost touch but not once did we ever talk about work. Pero si Tita Charo (Santos-Concio, ABS-CBN president and CEO) was one of the first to know na wala na ako sa nilipatan kong station. It was out of respect because she’s like my mother and sister combined. Parang months later, may secret meetings na kami,” Cuneta narrated.

Admitting she also thought of just quitting showbiz, Cuneta said it was her fans who motivated her to make a comeback.

“There are no words that exist to describe my feeling. Wala rin namang susuporta sa ‘yo kung walang magsasabi na ‘Please come back’ or ‘We miss you.’ Malaki ang effect sa akin nun,” she said.

Meanwhile, the retuning Kapamilya actress said she is looking forward to start working on “Your Face Sounds Familiar,” her first project with ABS-CBN after inking a contract with the TV station on Monday.

“We are focusing on ‘Your Face Sounds Familiar’ first. It’s a very famous show in 33 countries. I was given the PowerPoint and some footage of the US version and my daughters loved it,” she said.

On the show, Cuneta will be part of the jury along with Jed Madela and Gary Valenciano.

“It’s going to be exciting and fun. March 14 na. We are taping na this week. The point of this show is to have fun. You can just imagine how big it’s going to be for every contestant,” she said.

But aside from the upcoming program, does she have other projects lined up?

“Ang alam ko there are some projects in the works. They are taking their time because they want those to be really perfect. For now, I’m just really happy to be here and to be doing this show,” she said.

Now that she and her daughter, actress KC Concepcion, are finally in the same network, Cuneta said she would also love to act with her, as well as her former husband, Gabby Concepcion. 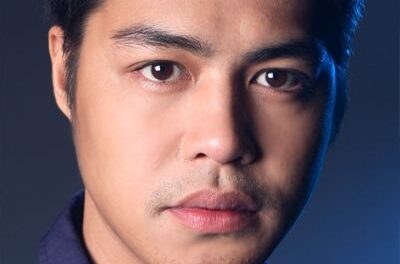