For the love of Kris, PNoy against her running in 2016 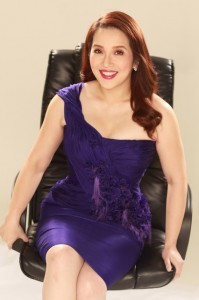 If President Aquino would have his way, he would advise his sister, celebrity Kris Aquino, not to get into politics by running in the 2016 elections.

Speaking before the Bulong Pulungan sa Sofitel, Aquino said that he loves his sister so much that he would not want Kris to be exposed to the harsh side of politics.

“The latest pronouncement I heard from her was she is aiming to be the perfect stage mother,” he said, triggering laughter.

“I adhere to that saying of the Americans, I think, that if you want to get even with somebody, get them into politics. And I love my sister,” he added.

“Kasi talagang ‘yung life mo, you have to put it on hold ‘di ba,” Pinky said in an interview aired in August.

Kris has been hinting at her plans of joining politics as early as 2010. Early this year, the actress once again shared she is considering running for public office, specifically in Tarlac, her family’s home province.

In order to prepare, the actress-host said she “would like [to undergo] on-the-job training with mayors of ‘bonggang’ cities,” citing in particular Davao and Iloilo.

The “My Little Bossings” star has also said she wants to start from a low position should she enter politics. Citing her observations while going around the country, Aquino said it’s best to start making a difference “in a smaller environment.” (MNS)

POPULAR HEADLINERS AND CULTURAL PRIDE SHARE THE SPOTLIGHT AT FPAC 21