GABBY Eigenmann is ready to take his biggest challenge on television – portraying a gay man in the newest afternoon series “Dading”.

In his almost two decades in the entertainment industry, he has played similar roles but the 36-year-old said this is still something new to him as the project will run for months as a regular series.

The actor recalled that he was in Japan vacationing with the whole family when his manager, Perry Lansigan, told him that there’s a show lined-up for him.

It become apparent to Gabby that this project is something special as he started to get congratulatory messages and tweets from co-actors and friends in the business.

In the light drama, he will breathe life to the character of Carding, an adult gay man who decided to raise the daughter of his best friend, played by Glaiza de Castro, and her lover, portrayed by Benjamin Alves.

According to Gabby, he did his own research for the project. But more than his peg for the role, his main concern is how to translate the genuine feeling of a father’s unconditional love to a child.

“As much as possible I want it to be real. Hindi naman ako gay to begin with, pero since marami akong kaibigan. The fact that I know their story, kinalakihan nila, so I learn, observe and absorb.”

Eigenmann said he is thankful to director Ricky Davao and support cast Gardo Versoza, Shamaine Buencamino, Toby Alejar, Mymy Davao and RJ Padilla, for making his work an easy and enjoyable one.

He is also grateful to mother network GMA-7 for continuously giving him challenging roles on television. 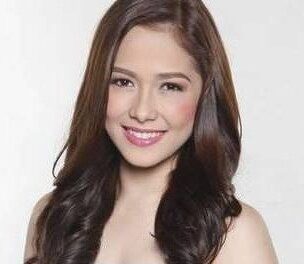