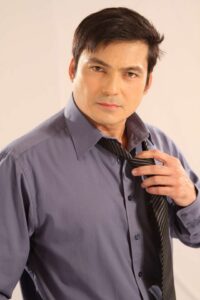 Actor Gabby Concepcion denied reports that his wife, Genevieve Gonzales, is jealous of his onscreen partners.

Concepcion explained that his wife is used to him being paired with several women, as they met when he is already an actor.

Concepcion is paired with Lorna Tolentino in the movie, “Crazy Beautiful You,” which also stars Kathryn Bernardo and Daniel Padilla.

According to Concepcion, he is surprised that his tandem with Tolentino, dubbed as “GaLor,” still has followers.

Society of Seven with special guests in a benefit concert for the PHL at the Cerritos Center for the Performing Arts on Thu., Dec. 19