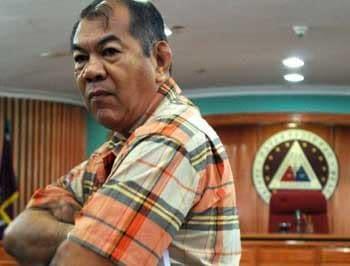 MANILA, December 17, 2010 (AFP) – A retired Philippine general on trial for plundering nearly seven million dollars from army coffers could be let off with a light punishment after a plea bargain, a special graft court said Friday.

Carlos Garcia posted bail after pleading guilty Thursday on lesser charges so he could avoid being tried for “plunder” or massive corruption, punishable by life in jail, court spokesman Renato Bocar said.

“He has not yet been sentenced but he has entered a plea of guilty and it has been accepted by the court,” Bocar, the court clerk for the Sandiganbayan anti-graft court, told AFP.

By pleading guilty to the lesser charges of “direct bribery” and money laundering, and agreeing to return some of the plundered funds, Garcia could serve as little as six years in jail, Bocar said.

In theory, he could even walk free because he has already served about six years in prison during the criminal investigation and trial, Bocar added.

Bocar said he did not know how much money Garcia had agreed to return to the government. Under the plea bargain Garcia will win temporary liberty until his sentencing, which has not been scheduled.

Garcia and his family were accused of amassing over 300 million pesos (6.8 million dollars) during his term as comptroller of the armed forces, in a case which shocked the nation.

The general’s crimes came to light after his two sons were stopped by US customs police trying to smuggle 100,000 dollars into the United States in 2003.

Garcia’s sons and wife are also detained in the Philippines but there is a pending motion for the charges against them to be dismissed, Bocar added.

Get Binay and Aquino, Abad, allies too – Bayan