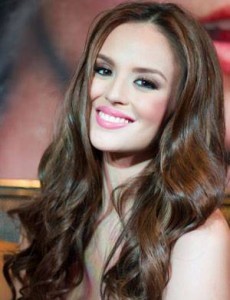 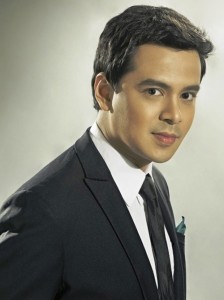 MANILA  (Mabuhay) — Filipino-British model Georgina Wilson said she is open to the idea of working with Kapamilya stars John Lloyd Cruz and Coco Martin if she gets an opportunity to do acting projects.

“Not naman as my leading man kasi I feel that I’m a little too tall for him, but I think he is a brilliant actor. One of our really good actors,” Wilson said of Cruz.

“And also to add to that, I think also Coco Martin is very, very talented and he is my co-endorser for another brand so we get to talk. I think what is important for me is which showbiz guy I’ll be comfortable with,” she said.

Wilson admitted that Cruz and his long-time leading lady, Bea Alonzo, inspire her to learn how to act.

“John Lloyd is an amazing actor. I just watched John Lloyd and Bea’s movie (“The Mistress”). I found that parang they are an inspiration for me to learn how to act and how to be an actress here in the Philippines,” she said.

Meanwhile, Wilson said she is open to the idea of being paired with taller actors such as Xian Lim and Piolo Pascual.

“Now the guys that I would like to be paired with, well I think Piolo is really cute and well Xian, I’m endorsing with Xian so I’m thinking kasi kung sino ang ka-height ko. So Xian, Piolo, Dingdong Dantes and Richard Gutierrez, my friend from before. I think it’s important din na if I will do showbiz I will be very comfortable with the person that I’m acting with because I will learn from them a lot,” she explained.

Even without acting projects, Wilson believes that she is now part of showbiz world after becoming a calendar girl and appearing on several TV shows.

“Well I think the showbiz world is very receptive of me parang feeling ko I’m really in showbiz already,” she said.

“Hindi lang ako naga-act but if ever the right movie comes along or there’s a project or teleserye na bagay sa akin, I’ll be very willing to take it,” she said. (MNS)

Jane Oineza to do movie with Joshua, Manolo