LONDON, April 21, 2011 (AFP) – If your invitation to the royal wedding never arrived, fear not – thousands of journalists will cover every detail for a global audience of billions in what’s been dubbed the media event of the year.

Television networks and print and online journalists from Manila to Mexico City are descending on London to cover the wedding of Prince William and Kate Middleton, the first of its kind in the age of the Internet and 24-hour news.

Ministers expect two billion people worldwide to watch the event on TV, a figure that is impossible to check but looks certain to eclipse the estimated 750 million who watched William’s parents Prince Charles and Diana wed in 1981. 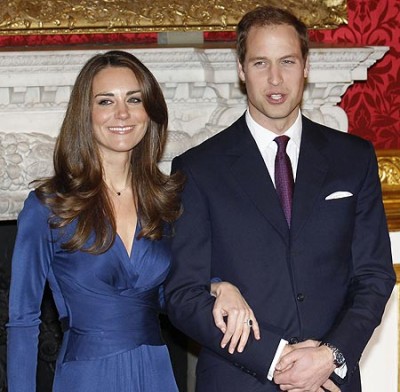 Huge sums of money are changing hands for footage of the ceremony at Westminster Abbey, which will be filmed by the BBC, as well as for the best spots to photograph the couple’s first kiss on the Buckingham Palace balcony.

Meanwhile websites have mobilized as they would for a football World Cup or Olympic Games, with endless videos, quizzes and photo slide shows.

“It’s the major media event this year, because it’s a happy event,” said Max Clifford, Britain’s leading public relations consultant. “All we’ve had so far this year is one tragedy after another, what with wars and earthquakes.”

The BBC will deploy at least 550 staff on the day, using about 100 cameras in Westminster Abbey and along the procession route to provide a live feed to dozens of countries and footage to many more.

About 140 broadcast trucks are expected to set up in Green Park near Buckingham Palace and 48 television studios have been purpose-built nearby in what is thought to be largest outside broadcast ever seen.

Christopher Wyld, director of the Foreign Press Association in London, says he has never seen anything like it.

“There is much greater interest in this than in anything else, including the financial crisis,” he told AFP.

Interest is particularly keen in the United States and Commonwealth countries, although Germany is giving them a run for their money with plans to screen the wedding live in 16 cinemas across the country.

The wedding will also be shown live in Pakistan, where the newspapers have had daily coverage of the build-up, as well as Malaysia and the Philippines, and the FPA has also reported huge interest from China, Mexico and Brazil.

Eurovision television meanwhile will make a live feed available to 62 broadcasters in Europe on the day, with a potential audience of 260 million.

Teams of journalists are expected from Australia, Canada and New Zealand, while in the United States, cable news network CNN is sending 50 of its staff to cover the event, including star presenters Anderson Cooper and Piers Morgan.

The time difference will play havoc with some of the coverage — the 11:00am ceremony in London is 6:00am in New York, and 3:00pm in Islamabad — but this has done nothing to dampen the enthusiasm.

Wyld attributes the frenzied interest to the enduring appeal of Diana, who died in a car accident in 1997, and by association her eldest son.

“She was right up there as probably the biggest celebrity ever. William is ueber-celeb. That is what it is about,” he said.

“It’s a brilliant, fabulous soap opera in the sense that it has absolutely top production values, the most fantastic storyline, fabulous costumes, the best sets available — it’s unbeatable.”

Martin Rogers, the royal correspondent for Yahoo!, told AFP the wedding was a “priority” for the website, adding: “This event is unique as it does not fall neatly into one set category.

“As a result, from Yahoo!’s perspective, it is a combined effort, pooling resources from news, showbiz, features, fashion and sports.”

Media organizations will certainly want to spread the huge costs of the operation, and hope the coverage will boost advertising rates and sales.

Photographers’ positions outside the palace are selling for Â£900 ($1,500, 1,000 euros) each, and one broadcasting source said that one minute of footage from the ceremony “will be the most expensive minute we have ever bought”.

Coco, Julia in no rush for romance

Ruffa, Shaina move on from past tiff