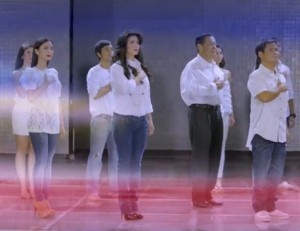 This new theatrical version retells Philippine history through a succession of carefully-crafted and awe-inspiring reenactments of historical events from Lapu-Lapu’s victory over Magellan’s troops in the Battle of Mactan to the Filipinos’ peaceful revolt in pursuit of democracy in the 1986 People Power Revolution at EDSA.

This project was done in close coordination with the National Historical Commission of the Philippines, who recognized the Network’s efforts to instill nationalism and patriotism among the Filipino people.