BEIJING, March 21, 2011 (AFP) – Google accused the Chinese government on Monday of interfering with its Gmail service, after weeks of online disruptions that have coincided with calls for protests emulating those in the Middle East.

“There is no technical issue on our side – we have checked extensively. This is a government blockage carefully designed to look like the problem is with Gmail,” Google said in a statement to AFP. 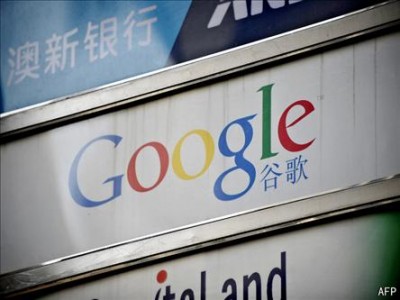 Internet users in China have complained for several weeks of difficulties in accessing their Gmail accounts, and popular proxy servers that enable netizens to circumvent China’s web censorship system have also been disrupted.

The disturbances have coincided with mysterious online calls for so-called “Jasmine rallies” – inspired by uprisings in the Middle East and North Africa – in dozens of cities around China each Sunday.

The campaign led to tight security in designated protest sites, while foreign reporters were roughed up by police at the locations. No obvious protest actions have been reported.
Chinaâ€™s 10-day annual parliament session also ended last week – a traditionally sensitive time that often leads to increased online controls and security.

China operates a huge system of Internet control and censorship dubbed the Great Firewall of China, aimed at snuffing out information or comments that the government considers a threat to its authority.

“Generally speaking, Internet controls have gotten stronger because the Chinese government thinks activism on the Internet is a threat to the regime,” Michael Anti, a popular blogger and web expert, told AFP.

“So they try very hard to prevent it from posing a further threat.”

This is not the first time that Google has complained of interference from the Chinese government.

The resulting row caused tensions to spike between China and the United States and ended with Google reducing its presence in the Chinese market.

China has denied any state involvement in the cyberattacks on the California-based firm, calling such accusations “groundless.”