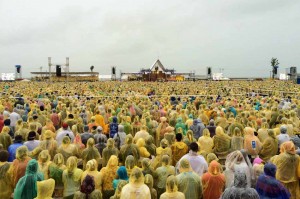 Pilgrims brave rain and strong wind as they wait at Tacloban airport for Pope Francis to arrive on Saturday. About two million people are expected to attend an open-air mass in Leyte, which is still struggling to recover from Super Typhoon Yolanda that killed more than 6,000 people in 2013. (MNS photo)

MANILA (Mabuhay) – The Department of Labor and Employment on Tuesday assured assistance for the family of a volunteer who died in a freak accident in Tacloban City last Saturday, shortly after Pope Francis’ Mass there.

DOLE Secretary Rosalinda Baldoz said the Overseas Workers Welfare Administration will extend the assistance to Judy Padasas, an overseas Filipino worker in Hong Kong whose daughter, Kristel Mae Padasas, 27, who died after a sound box fell on her after the papal Mass in Tacloban.

At the time of the accident, Tacloban was experiencing bad weather due to Tropical Storm Amang (Mekkhala), which forced the pope to cut short his visit to Leyte by four hours.

“In Manila, the OWWA will meet the OFW in the airport to provide her with assistance and psycho-social counseling. It is also sending two officers to visit and condole with the family at Padasas’ wake,” Baldoz said.

The DOLE said Mrs. Padasas had been working as a domestic worker in Hong Kong for 19 years, and is an active OWWA member.

“As such, OFW Padasas is entitled to such benefits as job referrals (local and overseas employment) if she decides to stay in the country for good and pursue wage employment, and business counseling and financial literacy training if she choose to engage in business,” the DOLE said.

If Mrs. Padasas opts to engage in business, she may avail of a business loan of up to P2 million from the OWWA’s P2-billion loan facility.

She can also avail of the Balik-Pinas, Balik Hanapbuhay program of the DOLE and the OWWA, which offers displaced or distressed OFWs a grant of small livelihood starter kit worth P7,500 or a livelihood grant  assistance of P10,000. (MNS) 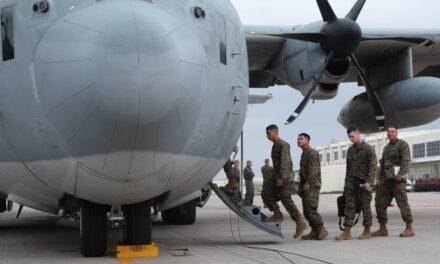