The Department of Defense announced on Wednesday that the Philippines is purchasing combat aircraft from South Korea as part of its modernization program.

“We are buying. I confirmed it with Secretary Voltaire Gazmin. They are primarily for training, interdiction, disaster response. These planes have camera capabilities to monitor and also take pictures of disaster areas. So it will be used in a number of ways,” Presidential spokesman Edwin Lacierda said in a press conference in Malacanang on Wednesday.

The new planes will be deployed whenever it is necessary, he added.

The military hardware upgrade is already a priority even before the country’s latest incident with China, Lacierda said, noting the dispute wasn’t an issue when the government decided to upgrade its military hardware.

The government is modernizing the country’s military air assets after the air force decommissioned its fighter jets, Lacierda said.

“We don’t have any existing jets right now that are in use, therefore, it is necessary for us to upgrade based on our commitment to upgrade our military hardware and this is part of the ongoing process of modernizing our military,” he said.

The Armed Forces of the Philippines Modernization Act has been a priority for the administration, he said, noting that the plan to buy new fighter aircrafts is part of the modernization program. (MNS) 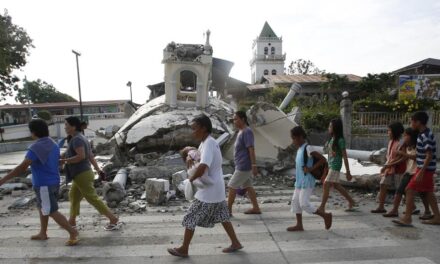