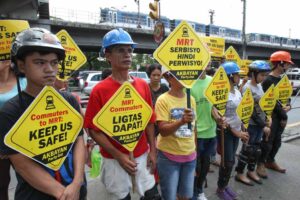 MANILA (Mabuhay) – Government is urging the Sobrepeña-controlled MRT Holdings Inc. (MRTH) to drop its bid to stop the purchase of 48 new train cars for the Metro Rail Transit-3 (MRT-3).

The Department of Transportation and Communications (DOTC) said government has “exercised political will” in trying to upgrade the trains, but MRTH is in the way.

“The riding public deserves a much better MRT-3 than what the private owner is providing. That is why we exercised political will to add new train cars ourselves. Not only did MRTH fail to add them, they even filed a case to stop us when we did,” Transportation Sec. Jun Abaya said in a statement on Tuesday.

MRTH, which used to manage the affairs of MRT’s contractual owner MRT Corp. and is now its controlling shareholder, filed a case for the issuance of a temporary restraining order and a permanent injunction against the DOTC to stop it from adding new trains in February 2014.

A Makati court initially issued a TRO, but later sided with the DOTC and ruled against MRTH, citing that only the Supreme Court may enjoin such a project.

MRTH appealed its case to the Court of Appeals (CA), which also denied its petition. MRTH’s motion for reconsideration is still pending.

MRTH chairman Bob Sobrepeña earlier said the company is stopping the purchase due to fears that the supplier, Dalian Locomotive and Rolling Stock of China, might manufacture a prototype not suitable for MRT.

He said this may cause future problems that may endanger the commuters.

The DOTC, on the other hand, said the prototype has been given the go signal for a July 29 shipment. The prototype is expected to arrive at the Port of Manila by mid-August.

In the President’s State of the Nation Address on Monday, President Aquino also blamed the private owner for the deterioration of the mass transit system. (MNS) 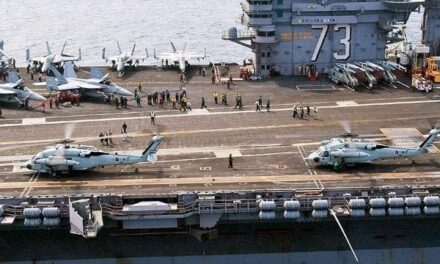 North Korea: We are on ‘brink of war’