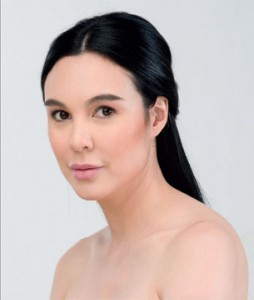 Actress Gretchen Barretto will soon release her own coffeetable book, which will be written by her friend Patrick Rosas.

“To give you idea, I will share not only part of my work as an actress but my love for fashion, for so many things. Hindi natin pwede sabihin baka maunahan tayo pero ‘yun ang aming next project,” Barretto said.

“My next plan, according to ABS-CBN, is her book. She will be the local actress to have a coffee tablebook. So secret pa ‘yon, Abangan,” Rosas added.

Barretto, meanwhile, announced that will be doing a new movie with Star Cinema with the title “Etiquette from Mistresses.”

“Marami tayong gagawin,” she said of her plans for 2015. “Mayroon akong movie with Star Cinema na ‘Etiquette from Mistresses’ under the direction of Chito Roño. Paghahandaan natin ‘yon.”