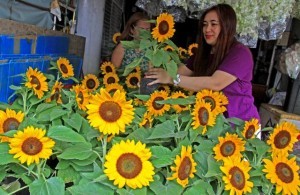 MANILA (Mabuhay) – An ecological group appealed to cemeteries to reduce their waste generation during Undas (All Saints’ and All Souls’ Days).

“We call on cemetery administrators and concerned authorities to be vigilant against littering, indiscriminate disposal of garbage, burning of trash, and other wasteful and pollutive acts in cemeteries,” said campaigner Christina Vergara.

The group also called on cemetery administrators to stop the nailing commercial advertisements and public service announcements on trees.

It also asked cemetery authorities to strictly enforce prohibitions against littering and open burning and dumping.

The group listed measures that cemeteries can adopt:

“Personnel should be deployed before, during, and after Undas (October 31, November 1 and 2) to take on the responsibilities in the upkeep, sanitation, and clean-up of cemeteries,” the group said. (MNS)

Nancy Binay to Trillanes: Why wish to win by default?