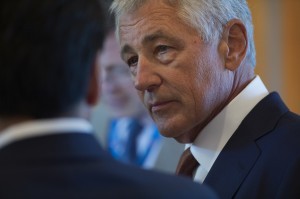 Hagel and his counterparts from Southeast Asia, China and six other countries wrapped up two days of talks in Brunei that took place as the United States prepares for an expected military strike against Syria over its alleged use of chemical weapons.

China has faced increasing accusations of bullying in asserting its claim to nearly the whole of the South China Sea, parts of which are claimed by several Southeast Asian countries.

Elsewhere, Tokyo and Beijing have played cat and mouse in the East China Sea over disputed islands. Japan earlier this week scrambled fighter jets after a Chinese government plane approached airspace Japan claims as it own.

The US defence secretary warned his counterparts in Brunei that actions at sea to advance territorial claims “increase the risk of confrontation, undermine regional stability, and dim the prospects for diplomacy”, according to a prepared text of his remarks.

“All the countries are concerned that a more aggressive pursuit of claims could provoke a conflict,” a senior US defence official added.

Some ministers from the 10-nation Association of Southeast Asian Nations (ASEAN) proposed practical steps to avert conflict, including setting up a hotline between ASEAN states and China, measures to avoid collisions and an agreement on “no first use of force”, US officials said.

But the main diplomatic effort has centred on calls for a “code of conduct” for the South China Sea, a binding set of rules for a waterway believed to hold significant oil and gas deposits.

The United States has pressed the idea, which is also strongly supported by ASEAN as a whole.

“The Chinese side has always advocated these problems should be handled by the countries directly,” he told reporters.

He added that “ASEAN is not a concerned party” to the disputes.

China has long said such disputes should only be addressed bilaterally between rival claimants and not under any multilateral umbrella. Analysts have said it wants to avoid facing a united ASEAN on the issue.

China has however said it was willing to engage in future “consultations” on the code of conduct issue.

Throughout a week-long tour of the region, Hagel has said territorial disagreements should be solved peacefully without coercion, but has stopped short of directly criticizing China.

Hagel met Chang in Brunei on Wednesday, after hosting him in Washington earlier this month.

US officials say military relations with Beijing have steadily improved over the past year, with the American and Chinese navies holding joint anti-piracy exercises in the Gulf of Aden.

The high-level American attention on Southeast Asia, including stepped-up US military aid, is part of an effort by Washington to shift its strategic focus to the Asia-Pacific after a decade of wars in Iraq and Afghanistan.

But escalating Syrian tensions have repeatedly intruded on his trip, with the Pentagon chief conferring with European counterparts and White House advisers.

The Syria crisis came up at the gathering on Thursday but was not a focus of the talks, officials said.

During his swing through the region, which included stops in Malaysia and Indonesia and will end with a visit to the Philippines, Hagel has said repeatedly Washington was committed to its Asia “rebalancing” despite Pentagon budget pressures and Middle East distractions.

His prepared text called the US commitment to the region “deep and unshakable “.

Underscoring Washington’s shift, Hagel invited ASEAN defense ministers to hold a meeting next year in the United States for the first time. They accepted.

Two grenades found near US compound in Manila 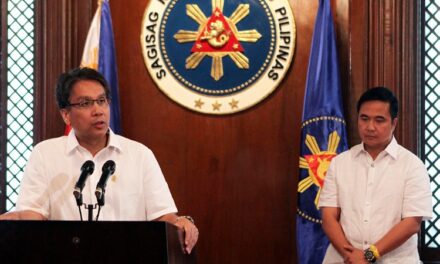