Bollywood director Rahul Rawail traveled from Mumbai exclusively for Mr. & Miss South Asia 2014 pageant, looking for fresh faces for his upcoming film, “Love Story Again.” “We are in search of our two male leads and our second lead actress. I’m enjoying the pageant and see a lot of talent here. i don’t care if the new faces don’t have acting experience, as I am looking for those that fit the mid-twenties characters,” declared Rahul Rawail.

The newly crowned Miss South Asia 2014 Reena Rai and Mr. South Asia Puneet Prasad are hopeful to grab a role in Rahul Rawail’s ‘Love Story Again’, as they get special auditions with the legendary Bollywood director.

Punjabi medical student Reena Rai is also pursuing a career in modeling and acting. For talent, Reena performed an urban freestyle dance to a mixture of Persian and Hindi music. Half Indian-half Filipino Puneet Prasad is an acting student who displayed an excellent and original performance with his ballet fusion dance.

Rai declared, “When they announced I had won Miss South Asia 2014, I was in shock and speechless. The feeling is almost indescribable. It was a culmination of a lot of hard work and numerous hours of practice. I was ecstatic that I could share the moment with my family and see how proud they were of me.”

The contestants took the stage for traditional wear, formal wear and talent categories. In traditional, semifinalists were seen in elegant wear from India, Afghanistan etc., and in the American formal wear the ladies wore beautiful evening gowns and the men in tuxedos. The talent round showed very energetic performance highlighting dances, singing, and acting skills.

Host of the pageant and music video director Indrani Pal-Chaudhari mentioned, “I am here to support the young artists coming out. I think some of these talented people in Mr. & Miss South Asia will become actors and actresses. I advise them give their 1,000 percent to every project and believe in their own talent, no matter what anyone else may say.” Indrani’s latest music video is Mariah Carey’s ‘You’re Mine’.

The audience was thoroughly entertained by the show’s director and producer, Revi Chohan, with her witty personality and hilarious jokes.

Jinnder Chohaan, Creator of Mr./Miss/Mrs. South Asia, stated, “I’m impressed with the attractive and talented contestants at this pageant. We’ve been making celebrities for over twenty-two years now, and I’m glad to see the contestants are more focused, dedicated to the field of being in the entertainment industry.”

Jinnder added, “It feels great to be able to give these South Asians mainstream opportunities. Hollywood and Bollywood love beauty pageant titles. It’s just an easier way to get into both industries.”

Miss USA 2010 Rima Fakih, along with costume designer GK Reid and Bollywood actress Ashvini Bhave were honored during The Elite Awards for their exceptional achievement in the entertainment industry. The respected Rahul Rawail was presented with the Lifetime Achievement Award 2014.

Special performances were performed by the extremely talented Yash Patel-Mr. India Globe 2013 and Saleena Khamamkar-Miss India Globe 2013. Spirit Of India announced their next pageant, Mr. & Miss India America 2014 with Miss Teen India America 2014 to be held on August 23rd in Los Angeles. Application are now being accepted from all over America, log on: www.SpiritOfIndia.com for more information. 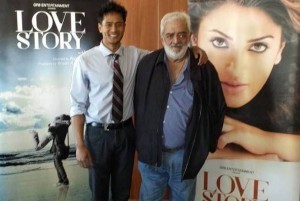 Could the next iPhone have a curved screen?