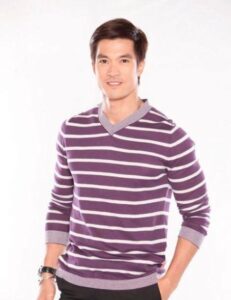 Although he has not been visible on any television series of ABS-CBN in the past two years, Diether Ocampo insists that he has not become picky when it comes to accepting projects.

Ocampo said he just didn’t think he fit the roles that were offered to him.

“I don’t think being picky is the right word. Siguro hindi lang fit. Mahirap naman ipilit but, of course, I’m very thankful to those people who considered me. I’m always thankful,” he said.

Currently, Ocampo is gearing up for the upcoming series “Someone to Watch Over Me,” with Judy Ann Santos and Richard Yap.

According to Ocampo, he will always be grateful to ABS-CBN for giving him the right projects where he can showcase his skills.

“I guess that this will always be my family. Not only my immediate family but also my family here in ABS-CBN, especially Star Magic and, of course, Dreamscape before it became Dreamscape. I worked with all of the people who are part of it and I am forever indebted to them,” he said. (MNS)