MANILA, Philippines – After all the controversies that he has endured during the past year, Hayden Kho is now ready to face the public with the launch of his new perfume line.

The launch, held last Oct. 22 at Nuvo Greenbelt 2, introduced the new fragrance line that the cosmetic doctor-turned-model/actor had developed.Â  The line consists of 13 different fragrances, all developed in Paris, suited for every personality. 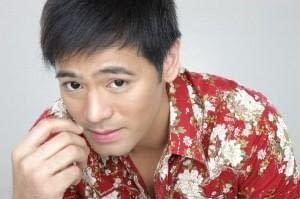 During the event, Hayden explained why he decided to venture into perfume-making.

“When I was in med school, I read a scientific study that fragrance is linked to emotions. I became intrigued and I wanted to know why,â€ he said. He added that at that time, however, the idea took a backseat due to his studies, and medical and showbiz careers.
“What I wanted to do was to find a new inspiration. I wanted something that could excite me, something very special. I wanted a fragrance like that… I guess when I couldn’t find it, I decided to make it myself,” Hayden stated further.

Present at the event were his family and some of his closest friends, including purported partner Dra. Vicki Belo.â€¨â€¨The â€œdoctor to the starsâ€ stood by Haydenâ€™s side while the latter battled controversies that ensued after his sex videos with actress Katrina Halili leaked. This also caused his doctor’s license to be revoked by the Philippine Medical Association (PMA).

Hayden now has a positive outlook in life, and also believes that he will be able to get his license back.

With regard to the case filed against him by actress Katrina Halili, Hayden denied that his camp released the rumors that the court decision to be released in December will be in his favor.â€¨â€¨”Hindi ko alam,â€ he told â€œ24 Oras.â€ â€œPaminsan may mga nag-iimbento lang ng ganyan para lang gumawa ng ingay, para gumawa ng eksena, for publicity. Pero hindi sa ‘min nanggaling â€˜yun.”

Vilma Santos asked what kind of grandmother would she be

Angelica Panganiban, Gregg Homan are having a baby girl