LAS VEGAS – With all the cost-cutting and spend-trimming in healthcare agencies affecting federal, state, and local levels, some cities are blessed with private individuals and community organizations taking grassroots initiative to assist the government in disseminating medical information and conducting preemptive action to prevent the occurrence to communities at-risks of a major infirmity such as Hepatitis B (or Hep B).

One such fortunate city is Las Vegas in Nevada, home to a large group of Asians and Pacific Islanders ((collectively called APIs) in the west coast. 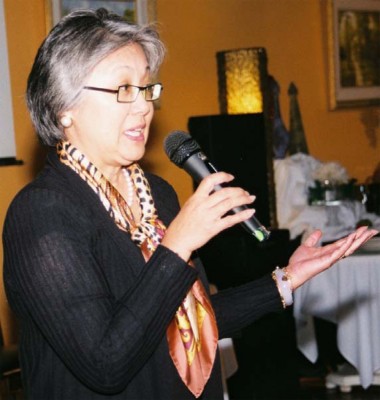 Filipino-American Aurora Jose-Wong, one of the prime movers behind HepBFree-Las Vegas, understands the risks Hep B poses to Asians and Pacific Islanders. Modeled largely after the pioneering work of three year-old HepB-Free in San Francisco, California, Wong conducts more research, and patterns the Las Vegas version after it. The San Francisco HepB-Free is the largest, most intensive healthcare campaign for Asian and Pacific Islanders in the U.S. and catapults the city at the forefront of the nation in fighting chronic Hepatitis B.

“The HepBFree-Las Vegas is a community initiative dedicated to reducing Hepatitis B that causes liver cancer among Asian-Americans and Pacific Islanders in Southern Nevada through a coordinated program,” shares Wong.

Launched in February, the HepBFree-Las Vegas plans to conduct a three-pronged campaign through â€œculturally and linguistically appropriate awareness, education, and outreach by disseminating information through API-based media, city-wide forums, and workshops; by providing low-cost or free screening and vaccinations to APIs in coordination with partnering health facilities, and at planned events on-site; and by linking those afflicted with chronic Hepatitis B to a system of health care delivery,â€ reveals Wong. 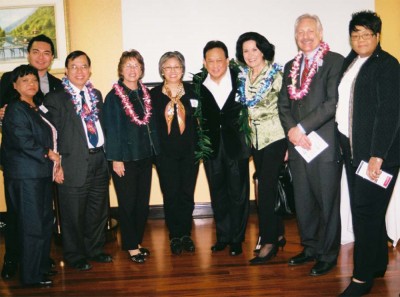 Showman Tony Ruivivar opened the forum with the revelation of his scary bout with Hepatitis B recently. A perfect poster boy for Hep B early detection and treatment (see sidebar story), Ruivivar is now the spokesperson for HepBFree-Las Vegas.

At the healthcare forum, Ms. Zola explores and shares the strategies they used in San Franciscoâ€™s HepB-Free campaign, and fields questions from the audience.

Dr. Fernando Ona, chief of the GI Unit of the VAIHCH in Honolulu, has a lively banter with his audience in-between his lecture, as he explains in laymanâ€™s language what Hepatitis B is all about, and its importance especially to Asian Americans and Pacific Islanders. He outlines in simple terms how the disease is detected, how it can be prevented and treated.

Hep B is not a genetic or hereditary disease, and is not spread through breast-feeding, kissing, coughing, or sharing food. Hep B, explains Dr. Ona, is a virus spread through direct contact with infected blood or body fluids (such as semen or vaginal fluid).

â€œOne of the most common ways the virus is spread is when a mother gives birth to her baby and unknowingly passes the virus to her newborn,â€ reveals Dr. Ona. More importantly, Dr. Ona reminds his audience, Hep B is most common in countries where screening and vaccination programs are not routinely performed particularly in Third World countries. Among the most vulnerable ethnic groups are Asians, Pacific Islanders, Africans and those from Eastern Europe. He advises everyone, who hailed from these regions, to get tested for Hep B, and vaccinated even if they feel healthy.

Getting tested for chronic Hep B, according to Dr. Ona, is primordial as it is the key to early detection and management of the disease and help prevent serious liver damage.
When one tested negative for Hep B, it means that person does not have Chronic Hep B, and has not been infected with the virus. Nevertheless, he/she needs the Hep B vaccine for long term protection against the virus, so that the body can successfully fight against infection in the future.

If one tested positive for Hep B, Dr. Ona advises strongly that the person must talk immediately with his/her doctor and together plan the best way to reduce the risk of serious liver damage. â€œConstant monitoring is a must to detect if the virus is inflicting the liver because the infection can change overtime, even if the person feels healthy. A regular liver imaging through an ultrasound helps monitor the health of the liver,â€ adds Dr. Ona.
The Hepatitis B vaccine is a series of three shots given over a six-month period.

Other than vaccines, Dr. Ona also advises taking anti-viral medicines to help reduce the amount of virus in the body.

Dr. Lawrence Sands explains the role and responsibility of Southern Nevada Health District in promoting the public health interest and its support to HepB-Free Las Vegas.

Wong appeals to healthcare practitioners present â€“ physicians, nurses, healthcare providers, as well as local organizations such as the National Federation of Filipino-American Organizations (NaFFAA), Organization of Chinese Americans-LV Chapter (OCA-LV) , and various Hawaiian associations in Nevada, among others, for help in disseminating the mission and objectives of HepB-Free Las Vegas.

The American Liver Foundation finds that one in 10 Asian Americans is chronically infected with the Hepatitis B virus, common in many countries in Southeast Asia. Most are infected at birth or by an infected family member.

A â€˜silent killer,â€™ chronic Hep B does not exhibit any symptoms, until there is liver damage or liver cancer, and the person has no way of knowing whether he/she has Hepatitis B or not â€“ until he/she gets tested, itâ€™s too late to fight it, or find a cure for it.

A research conducted by J Viral Hepat in 2006, finds that an estimated two million people in the United States are living with Chronic Hepatitis B. â€œand most do not even know it,â€ adds the Institute of American Medicine of the National Academies. In 2010, Hepatitis B (HepB) is considered a leading cause of liver disease in the United States. (Story/Photos: Zen S. Laluna)