Her adventure brings her to the edge of the earth

Lourdes “Odette” A. Ricasa is a globetrotting traveler, author, poet, painter and realtor who has traveled to 257 countries and has accumulated a total of 1.8 million flight time miles, having been awarded a certificate by the Travelers’ Century Club, honoring her for travelling to more than 250 countries worldwide for constant travelling. For the past 14 years, Odette has likewise established a travel group called National Travel Club whose monthly meetings have guest speakers presenting and sharing their travel experiences worldwide. 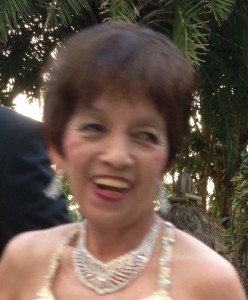 Her passion for traveling began when she was in high school and dreamt to live in the US to enable her to travel the world. And that’s exactly what she did when she immigrated here, ‘got married and worked two jobs, setting aside all their extra income for travel expenses. For Odette, “travel gives a new concept in my spirituality. I love the sounds, the smell, the laughter and social temper of the world…When I board a plane, there is soulfulness that cheers my soul – embracing civilization and the beauty of our planet; it symbolizes people’s lives and culture.”

Further, Odette writes: “travel is an indescribable joy, a dash of rainbow, a strong determination to see the smiling sky and feel the warm earth. A sudden feeling of strength, in a sort of confused reverie with colossal nerves, we continue to destinations to have a special meaning; we end up discovering mysterious things. It is important to have a mixture of factors; to capture the magical aura of the people we meet with different lives, the opposite of ours.” 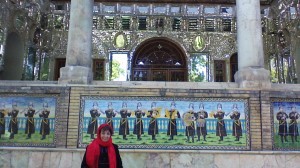 Most recently, Odette sailed aboard the ship Sea Spirit of Quark Expedtions to Antarctica. An 11 day journey to the end of the earth. It is a continent with “no countries, no natives, the coldest and windiest place on earth.  Its ice is as deep as three miles and as old as three million years; it’s about 98 percent ice.” Further, Odette said:  “Antarctica is the last preserved wilderness; it has nothing  to make a living – no trees, no food,  no shelter, no clothing, no fuel and no liquid water; there is nothing but ice. It belongs to nobody. The weather was zero to eight degrees Celsius when they were there recently. Ice and weather, not clocks and calendars, determine our itinerary and time schedule. Our ship had huge blades at the bottom to cut the ice;  when it’s time to stop, the anchor was lowered mechanically to the bottom of the ocean. We crossed the Drake Passage with no trees or structures to lessen its impact, a violent vortex of currents sent the waves as high as one hundred twenty feet. Our daily excursions were by zodiac (a small inflatable boat powered by an outboard motor) landings.” 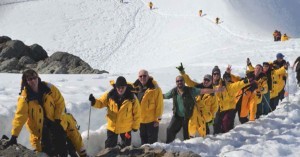 The Antarctica Expedition group of travelers and adventurers in front of the massive glaciers.

Some of the most significant places Odette has visited include: Uzbekistan, Iran, Turkmenistan and Svalband Archipelago. Uzbekistan was where she traveled the SIlk Road and wrote a poem entitled “Samarkand, the Garden of my Soul.” It is a UNESCO World Heritage site where women connect their eyebrows in one line and have golden teeth. It is a land of tradition and ancient beauty; Spain, where she has been to more than thirty different times, was where she experienced Semana Santa in Grenada, Faire de Avril in Seville, Virgen del Pilar in Zaragoza, Battle of Cristianos y Moros in the City of Elche and Castellers in Barcelona; Iran on the other hand, mesmerized her with “echoes of splendor;” Turkmenistan showed her the “mysterious beauty” of its land and at Svalbrad Archipelago/Spitsbergen, she learned that they can go a little further to 700 miles more to the North Pole in the Arctic, where they witnessed a seedling vault where seeds are kept for extinction, funded by the Bill and Melinda Gates Foundation.

Odette’s extreme travelling highlights include: white-water rafting at the Zambezi River in Zimbabwe, boating in Lake Titicaca, Bolivia ( the highest lake in the world), cradling a baby tiger at the Daktari Wildlife Sanctuary in South Africa, hiking up the Masada in Israel, swimming among sting rays at the Cayman Islands, sampled snake meat at the night market in Taiwan and tasting mopane worms at the local market in Gabon.

As a global adventurer, Odette always looks forward to more trips on the horizon while yearning for “the morning in translucent sky,” taking  a “deep breath” like feeling the “third movement of a symphony where she forms the picture of the genesis of the most complex volcano, bonded by the smallest stone or watching jewels of the sea or at the end, just listening to the wind when it blows and whistles.”

Wherever there’s a place to fly and whatever precious time she allows herself, Odette will always soar high up in the clouds, because for her, the sky is wide open for anyone to explore! 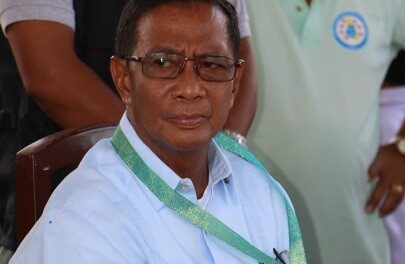 Apl.de.Ap: from Pampanga, to Hollywood and back