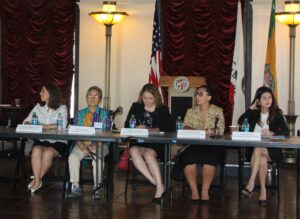 In Los Angeles County, close to 800,000 lawful permanent residents (LPRs) or green card holders are eligible to become American citizens but just about half of them would take the time to make that happen.

This was revealed during an ethnic media roundtable held at the Los Angeles City Hall through the initiative of the New Americans Campaign and the New America Media. The roundtable, which happened last September 3, was a kickoff of the celebration of the Citizenship Day on September 17. Around 20 participating organizations will be holding a series of multilingual citizenship workshops across Los Angeles.

There were three main reasons, according to one of the panelists Nasim Khansari, Citizenship Director for Asian Americans Advancing Justice-Los Angeles, why many eligible green card holders do not apply for their citizenships. They include: the prohibitive cost of the naturalization process; the stringent language requirement imposed on applicants; and the lack of the sense of urgency on the part of green card holders.

Khansari said her organization and other organizations in LA participating in the New American Campaign are working together to address these concerns by providing free workshops, civic classes and free legal assistance that include helping applicants get a fee waiver for the $680 application cost.

Another member of the panel, Linda Lopez, chief of the Office of Immigrant Affairs at the Los Angeles Mayor’s Office, announced that their office is “partnering with local organizations that form part of the New Americans Campaign, public libraries, ethnic media and the Los Angeles County to put forward all the information and resources needed to get the green card holders to apply for citizenship.

“We are working to make sure that every person who is eligible to become a U.S. citizen does,” Lopez said, adding that there are more benefits and rights, particularly the right to vote, that await those who would become U.S. citizens.

Elisa Sequiera, of the NALEO Educational Fund, said her organization educates newly naturalized citizens on how to register and vote, the candidates or issues that are on the ballot.

She added that they help new citizens to understand that citizenship is not “end of the journey but as the beginning of the journey to civic participation.”

“And specially when deciding on immigration laws, who better have a voice on the table than new citizens?”Sequiera stressed.

When asked if presidential hopeful Donald Trump’s inflammatory remarks on immigrants was causing a rise in naturalization this year, Sequiera said: Immigrants want to become U.S. citizens regardless of someone is disparaging them or not. But we do know that negative politics lead immigrants to be more motivated to be involved.

Half of the 800,000 green card holders eligible for citizenship are settled in the city of Los Angeles. Throughout California, there are 2.5 million of them out of the national total of about 9 million.

The New American Campaign urged ethnic media to help reach out to these green card holders and encourage them to naturalize this year.

The organizers also brought in several storytellers that included Saul Montoya and his wife, Leticia, who were both of Mexican ancestry; Alenoush Bidrousian, who was of Iranian ancestry and Manok Cha, who was of Korean ancestry.

The storytellers recounted their experiences while they were still green cards holders and also told the audience why they subsequently decided to become U.S, citizens.

Bidrousian said she gained many rights as a woman when she became a U.S. citizen, which would not have been available to her in Iran. She also said that there are more job opportunities for U.S. citizens, particularly in the government. 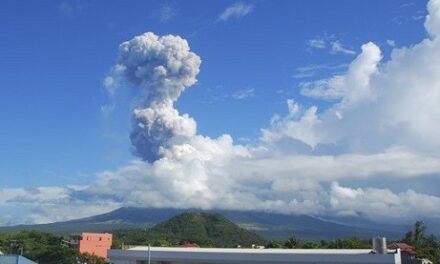