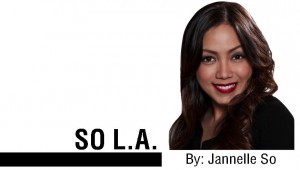 On May 2, 2015, history will be made when two boxing greats – undefeated American boxing champion Floyd Mayweather, Jr. and Philippine fighting congressman Manny Pacquiao – face each other in a fight that fans have been waiting for years.

In reality, however, history is already being made even as both champions train for the biggest fight of their lives. Certainly for the Pacquaio camp, the backstories are full of firsts and milestones. 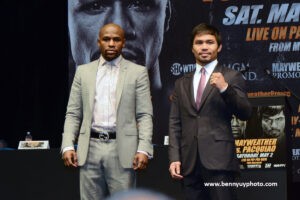 History will be made on May 2, 2015, when undefeated American boxing champion Floyd Mayweather, Jr. and Philippine fighting congressman Manny Pacquiao face each other in a fight that fans have been waited for years.

Fernandez added that though it may seem to the world that Pacquiao already has everything a man could ever ask for, the Filipino boxing pride wants to send out a strong message to everyone: “Uhaw pa siya sa pinaka-malaking laban sa buhay niya. Gusto niyang maipakita sa mundo na tayong mg Pinoy ay mas magaling sa kanila at hindi basta-bastang boxer ang makakalaban nila from Asia.” (He is still thirsty for the biggest fight of his life. He wants to show the world that we Filipinos are better than them, that we’re no ordinary fighter from Asia.)

For his part, the 8-division boxing world champion seems confident: “Kumpiyansa ako… I am confident in the God that I serve,” Pacquiao said in a casual conversation.

His happy and calm disposition is something observers close to the congressman could not miss. Some also note the Pacman’s determination to win in this fight.

Also historic is this – the coming together of the big networks in the Philippines, ABS-CBN, GMA 7, TV5 and Solar Sports all united in broadcasting the fight on free tv in the Philippines. It was Pacquiao who paved the way for this agreement, talking separately to the top honchos of each outfit, and convincing everyone to unite.

“Kung hindi niya naiisip na mananalo siya, hindi niya gagawain ‘yun. Alangan naman ipapanood niya sa lahat ng Pilipino na matatalo siya. In other words one sign ‘yun na determinado siyang manalo at hindi magpapatalo,” Alinea said.  (If he doesn’t think he will win, he will not do that. Of course he won’t want to show that to all the Filipinos, if he’s just going to lose. On other words, that’s one sign that he is really determined to win and won’t let himself be defeated.)

If you are following Pacquiao’s advice not to miss the fight, you will also experience paying for a historic high of $89.95 HBO/Showtime pay-per-view price point, which is 40% more than the record PPV rate of $64.95 for Mayweather’s fight against Canelo Alverez in September 2013. Providers may even charge $10 extra, for hi-def.

But this is still nothing compared to the expected $1,500 for nosebleed seats at the MGM Grand Garden Arena; $87,000 for ringside, reportedly being offered by a New York-based high-end hospitality service company. And don’t bother talking tickets to Pacquiao who has historically been generous with giving tickets to friends and associates.

“Pamilya ko nga wala pang ticket e,” he said. (My own family doesn’t even have tickets.)

And that’s also a first.

Cotto vs. Mayorga: Round by round analysis