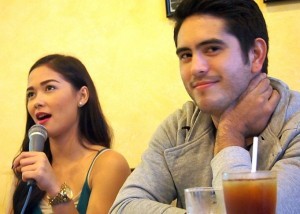 While stressing that he and Salvador are happy spending time together, actor Gerald Anderson prefers to remain private when it comes to his love life.

To help keep their relationship strong, both agreed that they should not work together in a project.

Salvador is currently busy with her upcoming solo concert after her hit series “The Legal Wife,” while Anderson also stars in the fantasy series “Dyesebel” apart from “Team U,” with Pascual, his co-star in the acclaimed movie “On The Job.”

Kris willing to double date with James Yap in the future