How Richard Yap got role in ‘Praybeyt Benjamin’ sequel 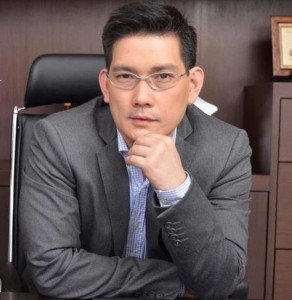 “Be Careful With My Heart” star Richard Yap is excited to be finally appearing on the big screen, after plans for the movie version of his hit daytime TV series didn’t push.

It was announced earlier that Yap will be part of the sequel of “The Unkabogable Praybeyt Benjamin” with comedian Vice Ganda and James “Bimby” Yap Jr.

The movie will be among the entries to this year’s Metro Manila Film Festival.

“Last year we were supposed to do the movie ‘Be Careful’ pero hindi kaya ng schedule,” Yap said.

“We were thinking about other movies pero nothing concrete. May naisip si Vice, he was telling me last year, let’s do a movie next year. Sabi ko sige then biglang (naisip) niya itong concept na ito, so oo na kaagad.”

Aside from the movie, Yap will also be Vice Ganda’s special guest in his upcoming concert tour in Europe.

Yap is also planning to record a new album. (MNS)

KC Concepcion on mom Sharon: We’re all behind her