Do you suffer from the Sunday night blues five nights a week? Shawn Achor, author of “The Happiness Advantage,” conducted his own research at Harvard University (one of the largest studies on happiness) and concluded that only 45 percent of workers surveyed were happy at their jobs – the lowest in 22 years of polling.

“Depression rates today are 10 times higher than they were in 1960, and every year the age threshold of unhappiness sinks lower,” Achor told AOL Health. 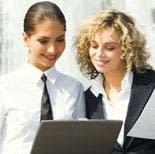 Immediately following the economic collapse in 2008, Achor – who has designed a “happiness course” based on his studies and has worked with Fortune 500 companies in 42 countries – was invited in to help the world’s largest banks restart forward progress.

“Most people believe that success leads to happiness, but that formula is backwards,” he said. “The truth is that happiness is the precursor to success. When you raise your happiness, you raise your success rates and increase productivity. The best part is that this isn’t just a motivational speech – it’s science. This is how our brains work.”

Achor shares some of his get-happy-at-work strategies. (Some of them are actually fun.)

Invest in your social network.

Chances are when the pressure is on – like working on a tight deadline, preparing for a presentation or dealing with an irate boss – you lock yourself in your office and refuse to join society again until the crisis has come to end. And according to Achor, that’s the worst decision you could make.

“When people get stressed, they tend to divide themselves from those around them, including family, friends and co-workers,” he explained. “But the most successful people take the opposite approach. Instead of turning inward, they actually hold tighter to their social support.”

In one of his studies of Harvard students, he discovered that those who traded the fun times with friends for countless hours in the library were less happy, more stressed and had lower grades than their more social classmates. So when projects are looming, Achor suggests making it a point to be more interactive with others throughout your workday, even if it’s just chatting about celebrity gossip with your office mates or exchanging a few witty instant messages with your best friend.

“Decades of research have revealed that social support may be the single greatest contributor to our personal happiness,” he continued. “Not only are these people happier, but they are more productive, engaged, energetic and resilient!”

Think of work as a sprint, not a marathon.

It’s a simple fact – when the brain gets fatigued, it takes much longer to complete a task. But what you may not know, said Achor, is that after just two hours of continuous work, your brain function actually slows your body and your body starts to rapidly accumulate stress and strain.

“The secret to beating this pattern – and avoiding burnout – is taking five-minute breaks after every 90- to 120-minute sprints.”

He suggested spending your wind-down time watching a funny video on YouTube, finding a few new people to follow on Twitter or eating a high-protein calorie snack for energy.

“Not only will you feel more positive, but you’ll see a big jump in your accuracy, concentration and productivity.”

Achor says when you’ve set huge, ambitious goals for yourself or when your tasks appear to be overwhelming, take a step back and learn a thing or two from Zorro. “In the beginning, Zorro’s passion far exceeded his discipline,” Achor explained.

“The higher he flew, the further he fell, until he felt out of control and utterly powerless.”

That is, until his sword master forced him to fight only within a small circle before widening it little by little. “And by the end, he was swinging from chandeliers. So the point is for you to draw a metaphorical line in the sand and be successful in a small sphere.” In other words, identify one small goal you can quickly accomplish, like deleting all unimportant emails or setting aside a designated time to do research. “Once you achieve smaller goals, the brain then automatically believes it can be successful at bigger ones!” stated Achor.

In fact, research published in the Journal of Personality and Social Psychology showed that people who believe that their power lies within “their circle” have higher academic and career achievement and are much happier at work.

Take advantage of the Tetris effect.

In a study conducted at Harvard Medical School, 27 students were paid to play Tetris (the video game where shapes fall from the top of the screen while the player rotates them to create as many unbroken lines as possible). For days after the experiment, the students couldn’t stop “seeing” and even dreaming about shapes falling from the sky.

“This stems from a very normal physical process that repeated playing triggers in brains,” explained Achor. The students became stuck in something called a “cognitive afterimage,” where seeing something for an extended period of time actually clouds your vision because this image has (temporarily, anyway) changed the wiring in your brain.

“This explains why unhappy people get stuck in negative thinking patterns, both personally and professionally – their brains are searching for more reasons to fail and be miserable.” His solution: Jot down three things you are grateful for each day, with at least one of them being work related. In another study also published in the Journal of Personality and Social Psychology (titled “Counting Blessings Versus Burdens”), researchers found that levels of optimism significantly rose after just 21 days of creating gratitude lists.

“Focusing on the good isn’t just about overcoming our inner grump to see the glass half full,” stated Achor. “It’s about opening our minds to the ideas and opportunities that will help us be more productive, effective and successful at work and in life.”