How Widows of US Citizens can still get their Green Card

Widows of U.S. citizens have many options of obtaining their greencard should their U.S. citizen spouse die. Under INA Section 201(b)(2)(A)(i), Widows are allowed to remain classified as immediate relatives and to continue to be eligible to immigrate if they file an I-360 selfpetition within two years of the death of the U.S. citizen or to automatically convert an already-filed I-130 to an I-360. They must also show a good faith marriage, and demonstrate that they have not remarried to immigrate as an immediate relative

Since 1938, US immigration regulations have provided for the automatic revocation  of the approved visa petition upon the death of the Petitioner.  However, immigration regulations since 2006 provided that automatic revocation provisions does not apply to a spousal petitions of US Citizens if the deceased US Citizen petitioner and the alien widower had been married at least two years at the time petitioner died.

Section 568(c) amendment is applicable to all pending petition on or after the date of the enactment. Pending includes denied I-130 that have pending motions to reopen or pending BIA appeal, and BIA denials pending federal court litigation.  The amendment also applies to any form I-485 that was pending on October 28, 2009.

Any approved  I-130 before the citizen petitioner death  will be deemed an approved I-360.  The widower may adjust along with any child.

USCIS does not require a Form I-864 Affidavit of Support for either the widow or the accompanying children in order to establish they will not become a public charge under INA Section 212(a)(4).  A Form I-864W exemption should be filed.    A widow and and accompanying children will not accumulate unlawful presence if they were the beneficiary of a spousal I-130 that was pending October 28,2009 and that was later approved as a self-petition.

If you are a widow who has a US Citizen spouse who passed away within the last 2 years, you should seek the representation of an experienced immigration attorney to assist you with this process.

Attorney Kenneth Ursua Reyes was President of the Philippine American Bar Association.  He is a member of both the Family law section and Immigration law section of the Los Angeles County Bar Association.  He is a graduate of Southwestern University Law School in Los Angeles and California State University, San Bernardino School of Business Administration.  He has extensive CPA experience prior to law practice. LAW OFFICES OF KENNETH REYES, P.C. is located at 3699 Wilshire Blvd., Suite 747, Los Angeles, CA, 90010. 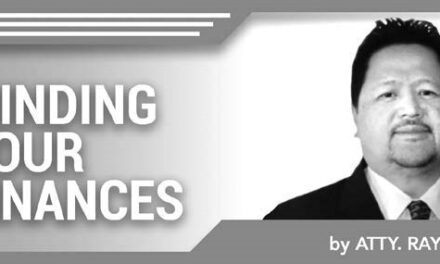 DO I HAVE TO DISCLOSE MY BITCOIN TO MY SPOUSE IN MY DIVORCE CASE?