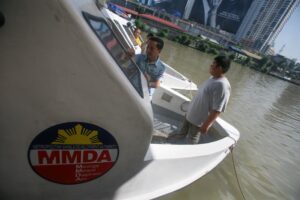 “Sa kanila (MMDA) ang administrative control,” he said, adding that the HPG only has operational control of the traffic situation on EDSA.

Gunnacao said that during the interview, the two traffic policemen said they lost control and attacked the MMDA constable because they felt “insulted.”

Trinidad has filed administrative complaints against the two policemen for the attack. He said he received gashes on his legs and chest as well as trauma during the assault.

The MMDA constable was attacked by the two policemen when he failed to produce the driver’s license of private car owner Mark Nicolas.

Gunnacao explained that in the HPG-MMDA buddy system, the policemen’s main role is to apprehend traffic violators and pass them on to the constables for the issuance of traffic violation tickets.

The MMDA constable, however, could not produce Nicolas’ driver’s license.

The HPG chief, meanwhile, said that he has also reminded all HPG men deployed on EDSA to always keep their cool.

DFA to continue aid for OFWs until DMW’s full transition