Many of these arrests have come about as a result of well-publicized â€œworksite raids,â€ where ICE has been targeting manufacturing, construction and food service industries for large-scale assaults designed to round up multiple â€œundocumented aliensâ€ at one time and swiftly process the unfortunate detainees for removal proceedings.

While the wisdom of such broad-sweeping arrests is suspect at best, ICEâ€™s official policy for these raids appears to be aimed at deterring other similarly situated employers from continuing to hire and employ workers lacking proper work authorization.

The policy, however, has also emboldened ICE officers to increase the number of investigations and arrests of individual â€œTNTâ€ or nonimmigrant visa overstays in an apparent attempt to deter individuals from overstaying their visas in the US.

I was recently contacted by a family whose mother had been taken from their home by 10 ICE Officials when she greeted them at the door.Â  Her crime?Â  She had simply overstayed her visa by four months.

Individuals who have been contacted or questioned by ICE in such matters must understand their rights in order to avoid making matters worse for themselves if they are charged in removal proceedings.

First of all, people must understand that they should not panic merely because a friend, coworker, or neighbor has been arrested by ICE.Â  Although panic is a normal human response to frightening stimuli, such as a knock on the door or telephone call from an ICE Investigator, panic causes people to make errors in judgment, such as giving an officer false information or unnecessarily admitting their own immigration violation when the officer is seeking information regarding someone else.

Lesson number one: Do not panic.Â  Overstaying oneâ€™s visa is not a crime.Â  Removal proceedings are civil proceedings, where people can be charged with immigration violations.

The worst possible penalty for these violations is being sent home, assuming the individual is not eligible for relief from removal and all appeals have been exhausted.Â  An Immigration Judge cannot sentence a â€œTNTâ€ to prison!

Even though removal proceedings are not deemed â€œcriminalâ€ proceedings, ICE Officers must respect the rights of an individual they are investigating or arresting.Â  If confronted by an ICE Officer, an individual has a right to be told what information the officer seeks.

ICE Officers have broad discretion to hold someone found to be in violation of law and set an initial bond, so one must exercise care in providing information and responding to an initial telephone call or in-person visit.Â  ICE Officers are more likely to hold a person without bond if they believe the person has been deceitful or evasive in the face of simple questioning.

ICE Officers must also respect an individualâ€™s rights to privacy and counsel.Â  ICE cannot enter a personâ€™s home without a specific judicial warrant, authorizing their entry for a specific purpose, such as a search for a particular person or item.Â  Not panicking and informing the officer that one has retained or desires to retain an attorney is the most important step a person can take under these circumstances.

If ICE decides to take a person into custody, they must inform the personâ€™s relatives as soon as possible as well, so that they may make arrangements for visitation and potentially hiring counsel before any court dates.

Once ICE decides to process an individual for removal proceedings, they must issue a Form I-862, Notice to Appear (NTA) in removal proceedings.Â  The Notice will generally list the allegations on which any charge that the individual is subject to removal is based, list a date for an initial hearing and inform the person of their rights to competent translation, attorney representation and fundamental fairness in the proceedings.

Unfortunately, many people receive NTAâ€™s and still have no idea what charges are laid against them and what rights they have to fight back.

As a first step, and the sooner the better, people need to make sure they understand their rights, including right to counsel, and assert those rights confidently with the full protection of the United States Constitution.

Daniel P. Hanlon has been practicing Immigration and Nationality Law exclusively since his admission to the California State Bar in 1993.Â  Mr. Hanlon is the founder of Hanlon Law Group, a P.C.Â  He has argued many important immigration appeals before the United States Court of Appeals for the Ninth Circuit, and successfully challenged INS rulings in the United States District Court for the Central District of California. Mr. Hanlonâ€™s experience spans several years, and covers a broad range of immigrant and nonimmigrant visa petitions, including those for working professionals, multi-national managers, treaty-traders, investors, athletes and entertainers.Â  Mr. Hanlon also has vast experience in all family-based Petitions and in labor certification applications under both Department of Labor-supervised recruitment and Reduction in Recruitment methods.Â  Over the past several years, Mr. Hanlon has tried thousands of cases in Immigration Court involving Requests for Asylum in the United States, Cancellation of Removal, and Waivers of Grounds of Removability.Â  Mr. Hanlon graduated â€œWith Distinctionâ€ from the University of Michigan at Ann Arbor in April 1988, with a Bachelor of Arts degree in English. In May 1993, Mr. Hanlon graduated from Loyola Law School in Los Angeles.Â Â  He is a member of the American Immigration Lawyers Association, of which he sits on the Investors Committee.Â  Mr. Hanlon has also appeared as a speaker before the Los Angeles County Bar Association, Immigration Section, on the 1996 immigration law amendments.Â  Hanlon Law Group, P.C. is headquartered at 225 S. Lake Avenue, Suite 1100, Pasadena, CA 91101, tel: (626) 585-8005, fax: (626) 585-8595, website: Â HYPERLINK “http://www.hanlonlawgroup.com/”www.hanlonlawgroup.com, email: visas@hanlonlawgroup.com”visas@hanlonlawgroup.com. â– 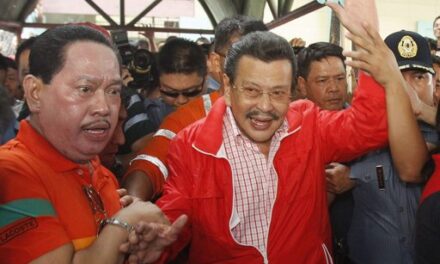