‘Inday Bote’ to be turned into TV series with Nash, Alexa 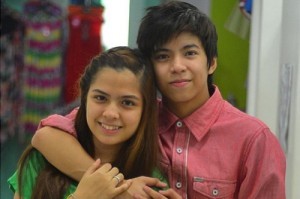 Deramas revealed that after his hit afternoon series “Galema,” which will air its finale on March 28, he will start working on “Inday Bote” with teen stars Nash Aguas and Alexa Ilacad as Inday.

Ilacad and Aguas are currently part of the teen series “ LUV U.”

Deramas said he hopes Soriano will like the TV series, which is based on her classic comedy flick that was released back in 1985.

“Inday Bote,” which began as a komiks novel by Pablo S. Gomez, tells the story of a tomboy and her younger brother Onyong who sell used bottles, one of which turned out to be magical. (MNS)