Ingrid dela Paz is out to compete with Cristine Reyes 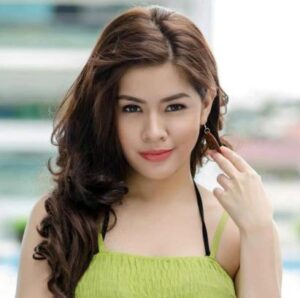 MANILA (Mabuhay) — Ingrid dela Paz is getting her big break in showbiz in the upcoming TV series headlined by Cristine Reyes and Zanjoe Marudo.

Dela Paz, who received favorable notices for her short performance in the hit series “Pasion de Amor” as Olivia Samonte, was discovered by no other than ABS-CBN president and CEO Charo Santos Concio.

The Star Magic artist was one of the ushers at the Gawad Eugenio Lopez Awards, when she met the network executive, who urged her to try her luck in showbiz.

Before her breakthrough roles this year, dela Paz appeared in several “Maalaala Mo Kaya” episodes, as well as the series “Got to Believe.”

In the upcoming soap, dela Paz plays a young lady who will get involved with the character of Marudo. She described her role as “heavy and sexy.”