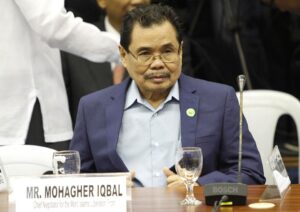 The site of the incident was identified as an MILF-controlled area.

Earlier at the hearing, Autonomous Region of Muslim Mindanao (ARMM) Governor Mujiv Hataman admitted that there was confirmed presence of private armed groups in the encounter site during the January 25 incident.

Under the proposed Bangasamoro Basic Law (BBL), a Bangsamoro Autonomous Police shall be established in the Bangsamoro region, though it will still be under the general supervision of the PNP.

Iqbal, meanwhile, insisted that the Mamasapano incident was a “misencounter,” saying that the injuries sustained by the slain SAF troopers were from heavy artillery fire and not caused by mutilation as alleged by some government authorities.