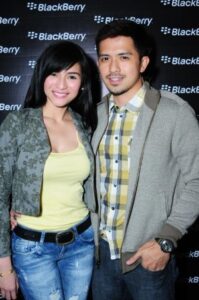 Actor Dennis Trillo has finally broken his silence on rumors that he and his former girlfriend, actress Jennylyn Mercado, have rekindled their romance.

During the grand press conference of his upcoming movie “You’re Still the One”, Trillo clarified that he and Mercado are not yet back together contrary to what’s being reported.

However, the actor is not closing his doors on the possibility that he may fall in love again with someone whom he had a relationship with in the past.

Asked if he believes that love is sweeter the second time around, the actor said: “Puwede naman, naniniwala din.”

But Trillo reiterated that it still depends on what the couple went through in their past relationship. (MNS)

Claudine has positive message for Raymart