Isabelle Daza wants grandmother to be hailed as National Artist 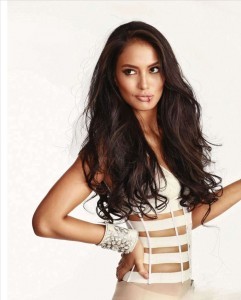 “I know, wala pang National Artist in this category, and it may take a long time before this is added to the current categories, but we in the family are willing to wait. My grandmother, as the first Filipino culinary icon, is deserving to be a National Artist. I want her to be remembered for her culinary legacy.”

She held diplomas from UP and Cornell University, where she took up Master of Science major in Restaurant and Institution Management.

Nora was also a socio-civic leader and TV host. She also wrote a column for a daily newspaper.

In 1969, she came out with her first cookbook, “Let’s Cook with Nora,” which was followed by “Galing-Galing Philippine Cuisine,” co-written with her daughter Maritess, and “Nora V. Daza: a Culinary Life” co-written with Michaela Fenix.

When Nora died, Isabelle posted: “To my Lola Nora, thank you for being such a great and positive person who always brought a smile to my face. Thank you for sharing all your adventures with me, and for being so generous for teaching me how to cook, and how to speak French.”

After “Somebody to Love,” which also stars Carla Abellana, Matteo Guidecilli and Iza Calzado, among others, Isabelle will appear in three other movies: “Mara,” “Kubot” and the sequel to “Aswang Chronicles” an entry to the 2014 Metro Manila Film Festival. (MNS)

Jessica Sanchez and Apl.de.ap performed at the Time for Hope Gala

What Kris learned after health scare