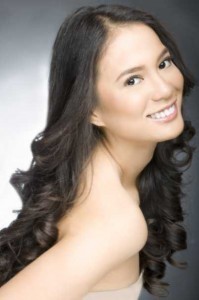 Actress-host Isabelle Daza won’t join the bandwagon of celebrities getting engaged or planning to settle down this year.

Daza, who’s been in a relationship her non-showbiz boyfriend Adrien Semblat for years, said that she’s still too young to settle down.

Daza made a big career move when she signed a contract with ABS-CBN. According to Daza, her boyfriend is very supportive of her career.

For her first project as a Kapamilya star, Daza will part of the upcoming series “Nathaniel” with Shaina Magdayao and Gerald Anderson. (MNS)

Claudine, Raymart together for son’s birthday