Iya admits acting not her forte 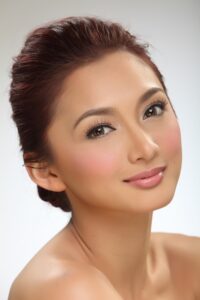 Iya Villania has no qualms about being known mainly as TV host and performer. While many of her contemporaries are eager to make a name as actresses, Iya has been busy co-hosting “ASAP” and “MYX” for many years. Her last acting project was the Kapamilya series “Apoy Sa Dagat,” which aired some two years ago.

“I’ve been in the industry for 10 to 11 years na din and I’ve tried to do what I can. I’m aware of what I am better at and what I am not so great at. I like to be real and true to myself. So, if I feel that it’s not something that will do me good, huwag na lang.”

She added, “There are many aspiring actresses there, since hindi ko din naman forte, I would rather let them have that opportunity and I’ll do something na lang na I’m better at.”

Iya shared that acting requires a lot from her. “I had to make it real for me. Hindi ko kaya na i-acting lang,” she said. “It takes that much out of me.”

And there’s the constant criticism. “Masakit talaga kapag ino-okray. It doesn’t come easy for me to cry. When I cry, totoong tears iyon. So kapag ino-okray ako, ‘Hindi mo alam kung anong hirap ginawa ko?’ May hugot. I really try not to take it personally,” she said.

That is why she’d rather do more hosting and performing. “Because that’s where I am more comfortable with. I would also like to think that’s what I do better,” she said.

But Iya is not closing her doors to acting and may even be willing to do a teleserye. “Of course I’m open to honing the craft. If I have to do a soap, I promise, like in anything that I do, I will do and give everything that I can. If there’s a role there people think I can give justice I will do it. I am open to anything, I will do my best,” she said.

More than drama, though, she may feel more comfortable doing comedy. “Kapag happy-happy, without batting an eyelash, I will take it,” she said.

Since transferring to GMA-7 November last year, Iya has been performing regularly on “Sunday All Stars.” She also co-hosts “Taste Buddies” with Solenn Heussaff. She will soon host “Mundo ni Juan sa Japan,” which airs today after “Celebrity Bluff.”

“It’s a travel show where they not only feature the place, culture, but also the Pinoys that now live there, their stories of success and challenges. Iyon ’yung kakaiba compared to other shows because we feature what their life is there now,” Iya said, noting how they traveled to Tokyo, Osaka and Nagoya to feature Filipinos based there.

Iya still looks like a blushing bride, more than a year after getting married to her boyfriend of ten years, Drew Arellano.

“First year has been sobrang exciting hanggang ngayon. Feeling ko it’s gonna ba like this for a while,” she said. “Ang dami naming sinave until we got married. So until now it’s still exciting for us.”

Not having a baby yet gives the couple the chance to travel together, among things they did not get to do as much when they were not yet married.

If a baby comes earlier, the couple will be more than happy. “It will be a blessing. I would rather na mapaaga kaysa sa mahirapan ako.” (MNS)

Albert Martinez back to work after wife’s death

Will Dawn Zulueta run for Congress?