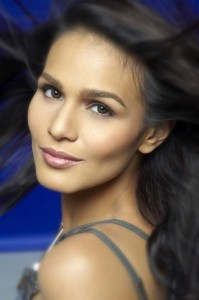 Actress Iza Calzado denied that she and her non-showbiz boyfriend are set to tie the knot in two to three years.

“Who said [that]? Excuse me,” Calzado said. “Not anytime soon. I’m not engaged.”

The actress explained that people may have gotten the wrong impression when her boyfriend gave her gifts at a recent party.

“He was giving me things, parang ‘Bachelorette,’ ‘Bachelor,’ is that it?” she said, referring to the popular dating reality show. “Things are coming in, like this pin symbolizes your ganyan.”

Calzado made it clear that her boyfriend is not the type who would propose in front of other people.

Calzado, 30, has been repeatedly asked about her supposed plans of settling down, but the actress has consistently denied tying the knot anytime soon.

Zanjoe, Bea living under one roof?