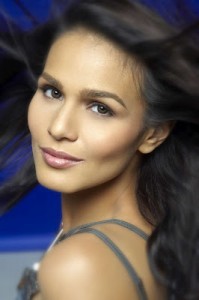 MANILA, Aug 27 (Mabuhay) -– Actress Iza Calzado is not yet ready to walk down the aisle even if she considers herself blessed when it comes to her love life.

Calzado said she still has so many things in her to-do list that she wants to accomplish.

Calzado, who recently turned 30, said she wants to be able to give full attention to her own family once she settles down.

Saying entering marriage is a lifetime commitment, Calzado said she also wants to be 100% ready for her share of responsibilities.

But when asked if she already sees her current partner as her future husband, the actress said: “Malaki ang posibilidad. We will only actually know when it’s there. At this point, I’m very lucky to have someone like him.”

Calzado currently appears on the Sunday musical variety show “ASAP.” She is also set to host the second season of “The Biggest Loser Pinoy Edition.”

Aside from that, she will soon start shooting since she is part of the upcoming Toni Gonzaga-Piolo Pascual movie.

“I’m set to do a movie with Toni and Piolo. It’s a story of whether or not second chances are possible in life,” she said. (MNS)