Jake Cuenca opens up on split with girlfriend 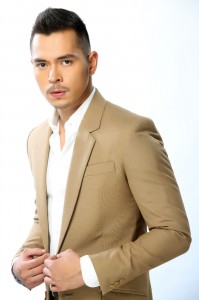 Actor Jake Cuenca on Monday clarified the message he posted on his Twitter account after it was reported that he has broken up with latest girlfriend Chanel Olive Thomas.

“That wasn’t the reason for that but I have my shortcomings in my relationship and also my family. So like I said I want to man up and spend more time with my family,” Cuenca said.

“I think parang I’m just gonna own up to it, like I said man up. I think 2014 was me being a bit self-centered. It wasn’t my typical self na laging inuuna ang pamilya ko at my relationship. So that’s something I want to change sa 2015, it’s one of the things I want to change in myself. So for my family and loved ones, trust me 2015 will be a better for everyone,” he added.

Asked of what happened to his relationship with Thomas, Cuenca said: “Channel is really an amazing girl. We try to work things out … pero I think it’s better for us to be really good friends. … Masaya lang ako na at least na maintain namin ang pagiging magkaibigan and that I will cherish forever.”

Asked of his birthday wish, Cuenca, who turned 27 on Tuesday, said he just wants more time to be with his family this year.

“Kasi nga I was very busy. So, family time and to spend more time with my loved ones,” he added.

Alden Richards, Nadine Lustre open to work on a movie together