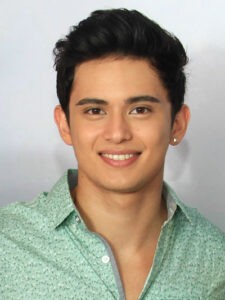 MANILA (Mabuhay) -– James Reid finally broke his silence on rumors that he is currently seeing Julia Barretto after they were supposedly spotted having a coffee date recently.

Reid stressed that he is not dating Barretto and they have never been on a coffee date.

Reid and Barretto were co-stars in the movie “Para sa Hopeless Romantic.” Although they have already worked together, the actor said he does not even have Barretto’s number.

Meanwhile, Reid admitted he is sad that some supporters of his team-up with Nadine Lustre bashed him online when the rumor made the rounds.

“It’s just like, sometimes, when I’m looking at my Instagram and looking at the comments and stuff, sometimes it hurts knowing the bashers are the fans. They have the name ‘JaDine,’ and sometimes I don’t know the difference,” he said.

Nonetheless, the actor said he is grateful for his fans who defend him.

“They said I’m quiet about it. I don’t have to explain myself in everything that comes out because it’s not worth my time. I don’t really mind, but I’m just grateful to have fans, they defend me and don’t listen easily,” he said.

In an interview over the weekend, Lustre admitted that she also gets affected by rumors romantically linking Reid to Barretto.

Lustre, however, explained that she has nothing against Barretto. (MNS)