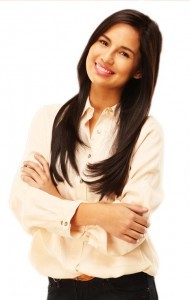 MANILA, Jan 31 (Mabuhay) — Did Jasmine Curtis-Smith and Sam Concepcion become a couple at one point?

Asked whether Concepcion is courting her, she said: “Tanungin niyo na lang siya.”

Curtis-Smith kept mum, merely saying “basta,” when reporters noted that rumors have surfaced that she and Concepcion were actually a couple for a time.

According to Curtis-Smith, she is set to stay for good in the Philippines to continue her showbiz career, having finished high school in Australia. The young actress said she will live with her older sister, Anne, to “establish [her] footing.” (MNS)