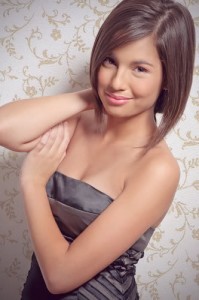 Coming from the success of her first independent film “Transit,” Jasmine Curtis is honored that another movie of hers is making waves in the international scene.

Curtis’ second independent movie “Puti” has been included in the official selection of the 32nd Brussels International Film Festival in Belgium, which will be held on April 8 to 20.

But as much as she wants to attend the international festival, Curtis said she might not make it because of she has to shoot another movie.

“Gusto ko sana kaso meron din kaming isang movie na gagawin in that timeframe. It’s still in the works. We are still planning and fixing everything but we’ve already met with Regal and we are hoping we will be shooting at around that date na,” she said.

Curtis, however, said all is still good even if she doesn’t make it to Brussels.

“Hindi pa namin sigurado if we can push the movie back for a bit and attend the Brussels. But otherwise, okay lang naman if we can’t attend because our director will be there for the film ‘Puti,’” she said.

Curtis said she is excited to work on her upcoming project with Regal because she likes doing suspense drama films.

But before that, Curtis said she first needs to focus on “Dementia,” her big-screen project with veteran actress Nora Aunor.

“We are leaving in a week to go to Batanes and we’ll be filming the entire movie there for two weeks. I’m trying to still mentally psych myself para maging prepared ako for everyday work lalo na with Ms. Nora. Hanggang sa nandoon na siguro ako, saka ko na mararamdaman,” she said.

Curtis said she hopes to learn from the veteran actress.

“We are not close yet. One day pa lang kami nagsama for a shoot… I feel very privileged. I have the advantage. Madami akong matututunan from her. She may not tell me directly but from just observing her, I will be able to gain knowledge which I can use in the future,” she said. (MNS)

PIA WURTZBACH SHARES THOUGHTS ABOUT ENVY, COMPARING YOURSELF TO OTHERS

Krista Miller: I sell real estate, not my body