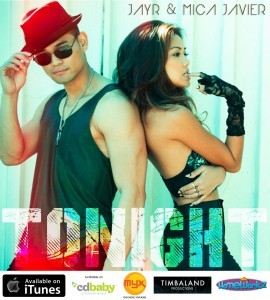 FilAm ARTS is pleased to announce the return of the Philippines’ King of R&B, JayR, to Los Angeles, where he will headline and perform at the 22nd annual Festival of Philippine Arts & Culture (FPAC), the largest and longest-running community tradition in Southern California, presenting over 500 artists and cultural bearers from around the world every year.

“The King of R&B is coming home to Los Angeles,” said FilAm ARTS Deputy Director Ben Biscocho.  “While JayR enjoys tremendous popularity in the Philippines, he has many fans in the United States who have been waiting to see him again.  FPAC is thrilled to bring him back home.”

JayR’s current single, “Tonight,” a duet with Mica Javier, is currently #1 on WAVE 89.1, the top Hip-Hop and R&B radio station in the Philippines.

JayR (born Gaudencio Aquino Sillona III), also known as the Philippines’ King of R&B, is a Filipino-American platinum recording artist, producer, performer, actor, endorser and CEO of independent record label, Homeworkz. Born and raised in Los Angeles, CA, JayR started his musical journey by performing with a group called First Impression (alongside Kris Lawrence and Jimmy Muna), as well as his uncle’s band, The Howlers.  In 2003, JayR was offered a record deal with Universal Records, and GMA TV Network, which then gave him an opportunity to fly to the Philippines and embark on a musical career on a larger scale.

In 2003 JayR released his first album, Gameface, which became a certified platinum record by Philippine Association of the Record Industry (PARI). His lead single, Design for Love shot to number one on all the radio and music channels nationwide. His second single, Bakit Pa Ba, also reached number one and remained on top of the OPM charts for months. Gameface garnered multiple awards including Awit awards, MYX awards, MTV Philippines awards, ASAP awards and a number of radio awards. In 2005, JayR released a self-titled album, and then followed with a Christmas album, Holiday of Love in 2006. In 2008, he released an english cover album, Soul in Love, which also became a certified platinum record. In 2010, JayR released yet another platinum record, OPM Love Classics.

As a GMA artist, JayR performed regularly on hit Sunday noontime show, SOP, while also taking on roles in local TV series like Love to Love, Encantadia, and Magic Palayok. He would often guest on popular TV shows like Eat Bulaga, Sis, and Kusina Master. JayR made his big screen debut in 2004 in a movie called Happy Together alongside Kris Aquino. He then starred in Desperadas I & II, with Marian Rivera, Ruffa Gutierrez, Iza Calzado and Rufa Mae Quinto, Exodus, alongside Senator Bong Revilla, and Hari ng Sablay with Bearwin Meily. JayR continued on to perform every Sunday on popular noontime shows, Party Pilipinas, and now Sunday All Stars.

In 2006, JayR opened his own record label called JayRs Music, where he continues to distribute his original work.

This year’s FPAC will be held on September 7-8 at Point Fermin Park in San Pedro, Los Angeles.  The festival is expected to unveil the newest FilAm ARTS program, The Saysay Project, which aims to engage community members to share their stories, and to document and preserve these stories for future generations.