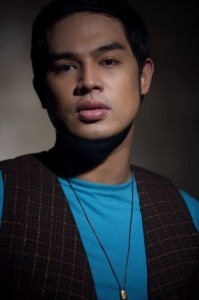 MANILA   (Mabuhay) — Kapamilya singer Jed Madela is hoping to release an album internationally in the near future.

Before his induction into the Hall of Fame of the World Championships of Performing Arts (WCOPA) on July 19, the 32-year-old actor said he is hoping to follow up his latest recognition with a a new record or even an acting performance for an international audience.

“[Gusto ko] iri-release siya all over the world or major countries. Pinaka dream ko din siguro is being onstage in theater production, probably Broadway, but then as long as may opportunity na dadating, tingnan natin,” he said.

Madela is currently in Los Angeles to attend the formal ceremony wherein he will be awarded the highest honor given by the WCOPA.

In 2005, Madela became the first Filipino to win as grand champion in the WCOPA, besting 3,000 other international contestants.

Madela is the first contestant in the WCOPA to also receive its Achievement Award.

Madela, who has since released seven albums, said he is particularly proud to once again bring honor the country with his latest achievement.

“I want everybody in the world to know that Filipinos are one great bunch of talented people — mapa-kanta, sayaw, acting, lahat-lahat siguro. Hindi sa nagmamayabang ako, but I think Filipinos are an all-around race. Name it, kayang gawin ng Pinoy,” he said.

This time around, Madela will be joined by several other Filipino delegates to the WCOPA.

ABS-CBN child star Chacha Cañete is among the Philippines’ representatives to the competition, which will be held until July 21. The eight-year-old will compete as a solo vocalist in five different categories — Broadway, Pop, Gospel/Inspirational, Open and Original.

Danny Javier, one-third of APO Hiking Society, passes away at 75