MANILA, Feb 14 (Mabuhay) – Jericho Rosales admitted during the press conference of his upcoming series “Green Rose” that he had feelings for Anne Curtis while shooting their period movie “Baler” in 2008.

Jericho said he developed feelings for the actress during the course of the film, but decided not to pursue it because they are fresh from break-ups.

At that time, the actor split up with longtime girlfriend Heart Evangelista while it was a painful goodbye for Anne and actor Sam Milby.

Jericho believes that during “Baler”, he and Anne were not emotionally settled yet.

“You can say na may naramdaman kaya lang we’re both on healing. I believe that there’s a time for everything, hindi yung hahanap ako ng tao because I wanted to feel okay.”

Now that they are emotionally settled, Anne is currently committed to Erwann Heusaff while Jericho is single after a silent break-up with Cesca Litton. 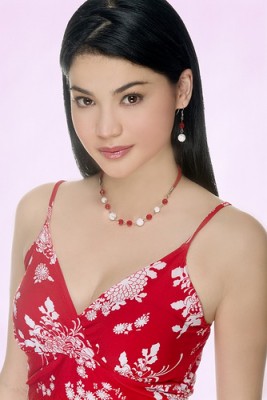 The press jokingly asked Jericho if it’s bad timing again for him because Anne is in a relationship with someone else.

When Anne was asked about her reaction on the statement of Jericho, she said she is thankful the actor did not push through his plans to court her because during that time she is really not ready to be with someone again.

Anne shared that there is close bond between them and she will always be thankful for Jericho for being such a gentleman. (MNS)