Jessica Sanchez to return to Manila in December 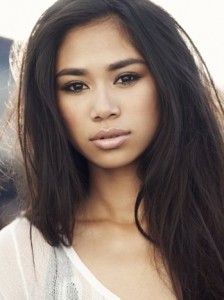 “American Idol” runner-up Jessica Sanchez is set to return to the Philippines in December.

While no other details were divulged, the 18-year-old singer said she is looking forward to seeing her Filipino supporters once again.

Sanchez’s December visit will be her third time in the Philippines.

She first set foot in her mother’s home country in late 2012 when she and her fellow “American Idol” finalists held a concert at the Araneta Coliseum as part of the singing competition’s tour.

Less than five months after, Sanchez again returned to the Philippines to stage her first solo concert which was held on Valentine’s Day, February 14.

At that time, Sanchez had her hands full as she was launched as an endorser of a Filipino fast food chain and a telecommunications company.

Reports say Sanchez will be promoting her debut album “Me, You and the Music” during her third trip to the Philippines. (MNS)