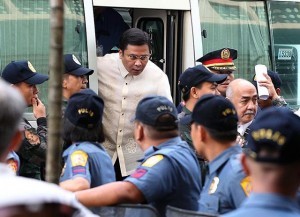 In an urgent motion, Estrada, through his lawyers Noel Malaya, asked the Fifth Division to allow him to leave detention for two to three hours on Wednesday or Thursday to visit his mother-in-law, who is in critical condition after suffering strokes on Sunday (July 19) and Tuesday (July 21).

Vitug is currently confined at the intensive care unit of the St. Luke’s Medical Center in Quezon City.

“Accused-movant wishes to see and visit his mother-in-law Ms. Estelita Vitug and to be with his wife, for marital support, and the family of the Vitugs, at this critical condition of their mother,” Estrada said in his three-page motion.

“Two to three hours pass from his present place of detention would be sufficient time for this purpose,” Estrada added.

In a short oral argument Wednesday morning, Malaya pleaded to the court to resolve the motion as soon as possible “due to the urgency of the matter.”

The prosecution, meanwhile, objected against the motion, saying that a detention prisoner should not be accorded the rights and privileges of a free man as it would set a “bad precedent” and would be a “mockery of justice.”

The prosecution also said that the defense failed to establish the urgency and necessity of allowing Estrada to leave detention as there was no proof attached in the motion that would show Vitug is in critical condition.

This prompted Fifth Division chairman Associate Justice Roland Jurado to direct Malaya to submit within the day a medical certificate from the hospital that would substantiate the senator’s motion.

Estrada, in his motion, assured the court that should his request be granted, he will comply with all the security measures to be set by the court and the Philippine National Police (PNP). He said he will shoulder all the costs that may be incurred from his transportation to and from the hospital.

Estrada is currently detained at the PNP Custodial Center in Camp Crame, Quezon City, for plunder and graft charges in connection with his alleged involvement in the pork barrel scam.

His petition to post bail, which he filed since July 2014, is being heard at the Fifth Division.(MNS) 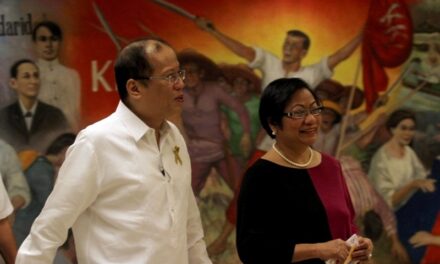