JM De Guzman denied that he is in a relationship with actress Meg Imperial.

The issue stemmed from a photo of them together which went viral online last December.

The photo depicts the De Guzman and Imperial in what seems to be a private party, fueling speculations that they are now together because of the caption which read, “Love couple.”

De Guzman emphasized that he and Imperial are not a couple. 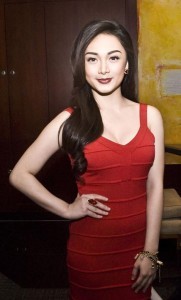 De Guzman, however, clarified that he is already over Jessy Mendiola, his former girlfriend.

In a separate interview, Imperial admitted that she and De Guzman were in a party together last December but explained that it was not a date.

Asked if their friendship is leading to something romantic, Imperial said: “Hindi ko masasabi kung papunta kami doon pero for now, we are friends and we are still getting to know each other as friends.” (MNS)