This funny and talented lady from Cebu City is now based here in the U.S. and has made a name for herself in the local entertainment industry as a total performer, singer and comedian.

Awayan started singing at a tender age of 12 and competed in singing contests. She became a folk singer that gave her the opportunity to sing professionally until she joined local bands in her community to help out her family. her strong determination to pursue her singing career forced her to move to Manila in 1989. There, she started singing back-ups for known artists, including Randy Santiagowhen the latter was then the “Concert King.” Santiago offered her the opportunity to form the “Big Thing Band.” The group started performing throughout Manila, doing campus tours, TV shows and concerts at the Music Museum.

It didn’t take long for Awayan to decideto go on her own.  She started her regular gig at the Cosmo Bar performing twice a week. From there, her career took off and more blessings came her way when BMG Records signed her up and released the songs “I love To Sing” and “Colors of Love,” which gave her a nomination for “Best Female Artist” in Awit Awards.

Another door opened up for this Cebuana lass, when she became the initial “Sprite” artist for Coca Cola and later started touring with Ogie Alcasid and Janno Gibbs, then known as the “Small Brothers.” Acting opportunities came knocking at her door for sitcoms such as “Bistek” and “Palibasa Lalake.”

While under the management of Joy Alonzo, Awayan visited the U.S. in the year 2000. Rhea Espino, Alice and Joey Gonzalez and yours truly put together an intimate concert for her at Max’s of Manila in Glendale. A huge group of Rhea’s friends flocked Max’s Karaoke Bar and it was an evening of fun and non-stop entertainment from Awayan. Since I was the Entertainment Manager of Max’s Karaoke Bar at that time, we had to cancel my regular Saturday Karaoke Night to make her show possible and it was worth it. As I recall, it was Awayan’s first show here in the U.S., followed by her performance as a guest celebrity singer at my Karaoke Singing Competition at the Pistahan held at California State University in Northridge, California.

In 2002, she was offered to relocate to the U.S. performing alongside Bernardo Bernardo and Leonard Obal as the main acts for Ichiban Library in San Francisco, California. Awayan’s name spread in the local scene which Pave the way for a regular performance at Cache Creek Casino, followed by a weekly show with Jinan Acrobats of Cirque Du Soleil. She stayed in the U.S. for several years until in 2006, when she had to go back home to take care of personal issues and be with her ailing father. During that stay back home, she was able to do a lot of gigs with Allan K. Shortly after that, she came back to the U.S. and since then, she has been based here in California hosting karaoke nights, as well as doing and producing concerts. Her passion, hardwork and perseverance to pursue that dream made her one of the legendary artists in the Filipino-American community.

Amedia colleague, Diony Grava, described her as one of the kind-hearted greats. Jo Awayan was one of the celebrity artists when our group of FilAm Media in Los Angeles did a fund raising event for media colleagues back home, victims of typhoon “Sendong” in January of 2012.

Due to her humble beginnings, Awayan’s heart is in the right place to give a helping hand to those in need. Portion of the proceeds of her latest concert will go to the victims of typhoon “Yolanda,” who are still misplaced in Villamon Airbase, Samar and Tacloban.

“Awayan Five-0” is being presented by AngJo Production, Awayan’s very own entertainment company with partner, Angel Rivero as co-executive producer. It will be under the direction of Thage Montecarlo with Roy Venturina as musical director. For details, please call702.272.6629. 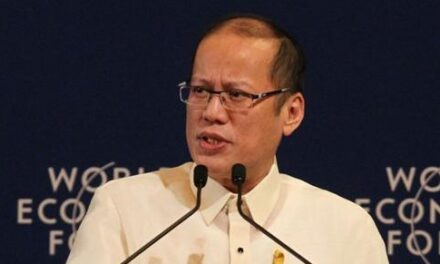 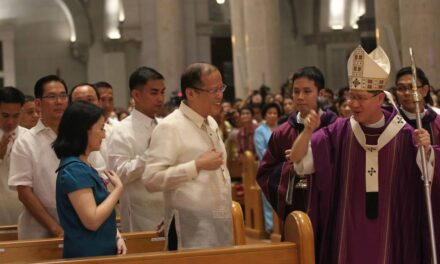