MUSIC icon Jose Mari Chan again made history, this time as the first Filipino artist to be given a tribute CD by American singers and composers.

“The Manhattan Connection: The Songs of Jose Mari Chan” is the title of the tribute CD done by the American vocal music group The Manhattan Transfer.

In an interview during the press launching of the new CD, Chan said Janis Siegel of The Manhattan Transfer and international musician and music producer Yaron Gershovsky worked together for the CD, considered a special collectorÃ­s item. 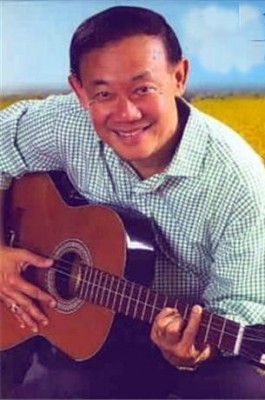 “We started a conversation and she found out that I’m a songwriter. And she wanted to hear my songs. I gave her a set of my CDs and suggested perhaps she could arrange one or two of my songs.

“About a month later she e-mailed me and said, ‘Wow so far, I like 3 of your songs.’ Then it became 4, 5, 6, 7 until it became 10. Then the idea came for her to produce a whole album of my song using jazz and pop artists from the States,” Chan said.
Chan revealed the songs from the new CD are really different from other remakes of his hits.

“Sometimes when artists, especially here in the Philippines, when they copy my song, they sort of clone the song, so that the audience will not be shocked, hindi ba? But, in the case of Janis and Yaron Gershovsky, who arranged the music, they really gave the songs a lot of thought and studied them so the arrangements are fresh and exciting,” Chan said.

The singer said that what surprised him was the fact that Siegel and Gershovsky did not pick his hit songs “Beautiful Girl” and “Please Be Careful with My Heart.”
“I was surprised but at the same time I feel honored and challenged,” he said.

The Manhattan Connection: The Songs of Jose Mari ChanÃ® is the first tribute CD to a Filipino artist that will be sold at Starbucks outlets starting May.
Below is the track list of the said CD: 1. “Constant Change” — Nic Bearde; 2. “Like Night and Day” — Roger Treece and Lauren Kinhan; 3. “Thank You, Love” — Julie Hardy; 4. “I Have Found My World in You” — Kellylee Evans; 5. “A HeartÃ­s Journey” — Leo Sidran; 6. “Stay, My Love” — Nic Bearde; 7. “Easier Said Than Done” — Kellylee Evans; 8. “Love Lost” — Lisa Fischer; 9. “Walking in the Moonlight” — Theo Bleckmann with a cappella intro by Janis Siegel and Laurel Masse; 10. “So IÃ­ll Go” — Larel Masse, Janis Siegel, and Lauren Kinham; 11. “Spellbound” — Miles Griffith; 12. “Constant Change” (reprise)

Chan is currently planning to release a new album before the end of the year. (MNS)
***
ACTRESS-turned-politician Alma Moreno has put an end to speculation that her marriage to Marawi City Mayor Sultan Fahad Ã¬PreÃ® Salic is over. The ParaÃ’aque City councilor said she and Salic are still happy together.
Ã¬Sorry ho sa lahat ng nagsasabing hiwalay kami, sa Internet at sinong nagkakalat noon. Hindi ho kami hiwalay ng aking asawa. Kami pa rin po, sa awa ng Diyos,Ã® she said.
She said people might have gotten an impression that they are no longer together because Salic stays in Marawi City, while she is in ParaÃ’aque and other places to attend to her duties.
Ã®Yon po ang pinagkasunduan namin. Hindi niya ako puwedeng patigilin, bilang maging asawa na lang niya at sumama sa Marawi. Hindi ho puwede,Ã® she said.Ã¬Ang Marawi City, sagutin ng mayor. So, ibig sabihin napakahirap ng isang responsibilidad ng isang mayor.Ã®
She said she is happy and knows that she is the only one in her husbandÃ­s life.
Ã¬Masayang masaya ho, masayang masaya sa mga anak ko kahit nagkakasakit ako ngayon, sobrang pagod, namamalat, pero happy po ako. Ang alam ko ako lang at ako lang ang mahal ng aking asawa,Ã® she said.
Moreno is the second wife of the Muslim mayor. Salic is also Moreno’s second husband. After her marriage to Joey Marquez was annulled, Moreno had a few brief relationships until she met Salic. Their love story began when both attended a Philippine CouncilorÃ­s League event wherein Moreno served as the national secretary general.
Meanwhile, AlmaÃ­s son actor Vandolph Quizon said there is no truth to the rumor that his mother and her husband have separated.
Quizon said that he will surely know if there is any truth to the said report.
“Okay naman sila kasi kung hiwalay sila, malalaman at malalaman ko,” said Quizon, Moreno’s son by Comedy King Dolphy.
Quizon believes that the issue stemmed from the fact that Salic spends most of his time in Marawi City.
“Ang nanay ko, sinasabi nilang ganoon kasi hindi nila masyadong nakikita si Mayor dito sa Maynila. Kasi mayor siya ng Marawi,” Quizon said.
***
TELEVISION host/actress Ruffa Gutierrez revealed that estranged husband Yilmaz Bektas wants to nullify their marriage as soon as possible. Ruffa filed for annulment last 2009 after her marriage did not work out with the Turkish businessman.
“Nagmamadali na din siya. Hiwalay na kami since 2007 and four years na eh.”
According to Ruffa, she’s just waiting for the annulment because they’ve moved on with their separate lives.
“I’m all out for divorce in the Philippines because I’ve been there and experienced that,” she said. “Alam mo naman kahit maraming nanliligaw sa akin, or nagpaparamdam sa akin eh hindi tayo pwedeng mag all out until that chapter of my life is finished.”
After the two separated, Yilmaz was immediately linked to 2006 Miss Universe Zuleyka Rivera while Ruffa had a short-lived relationship with Kapamilya actor John Lloyd Cruz.
Yilmaz and Ruffa has two daughters, Lorin and Venice, who are in the actress’ custody.
***

Antoinette flattered to be compared with Marian